Photo via Autumn Blommer under the creative commons license

Sartell sophomore, Autumn Blommer, set to go to the Olympics

Autumn Blommer, a Sartell high school sophomore, is going to the Olympics this October in Cancun, Mexico for kickboxing after only two years of hard work and dedication to the sport.

I sat down with 15-year-old, Autumn Blommer, of Sartell to talk about what kickboxing is, her achievements in kickboxing, and what her next steps are as she makes her way to the Junior Olympics.

So what is kickboxing? Kickboxing is basically a combination of the kicks of karate, and the punches of boxing. It was created by a Japanese boxing promoter in the 1950s and later gained its popularity in the United States. Today people use kickboxing as a means of self-defense, a cardio workout, or for Autumn, a contact, competitive sport.

Autumn Blommer actually got into kickboxing from a life-long experience of karate and martial arts training. “I first started karate when I was five and then from there on out, I started kickboxing about two years ago at a gym called ‘Start Jiuitsu‘,” Blommer said.

Autumn then got involved in WAKO (World Association of Kickboxing Organizations). This is exactly how WAKO works in terms of the Olympics: “WAKO is recognized by the IOC [Interational Olympic Committee], so that is how it [kickboxing] is considered an Olympic sport,” Blommer explained. “We have tried to get it on the televised Olympics, but right now it is not happening with COVID and it actually got turned down.” So WAKO is recognized by the Olympics as an Olympic event, but like Autumn said- “It is its own separate thing so it gets its own Olympics.”

She explained that she got picked up by a team that mainly travels internationally. Once she discovered that she really liked this new team, she decided to try out for trials, which was actually held a couple of weeks ago (February 13 and 14) in Kansas City. She ended up qualifying in kick light, light contact, point fighting, and open weight, which are all kickboxing events, which is how she qualified for the Olympics. Not only is Blommer an Olympian athlete, but she is also a sponsored athlete under AmeriKick National Team.

“You get put on a team to get sponsored,” Blommer explained as she is on a team based out of Kansas City. “On the sponsored team, you get registration paid for.”

Autumn’s next steps towards the Olympics are more tournaments before she arrives in Cancun, Mexico in October for the kickboxing Olympics.

“My next one [tournament] is probably going to happen in April in Kansas City,” Blommer said. “If that doesn’t happen, it’s in the works that I am getting something called the ‘Virtual Fight Tour’, which is in the Bronx of New York.  I am talking right now with the owner of that, and it is a pay per view event, meaning it will be on live TV.”

Autumn Blommer has a bright future ahead of her, and although she “is not looking for a career in it [kickboxing] necessarily,” it is a great opportunity and experience; like Blommer said, “We will see what happens.” 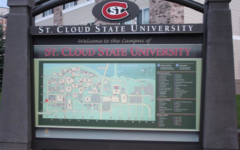 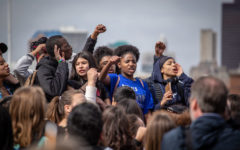 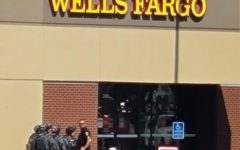