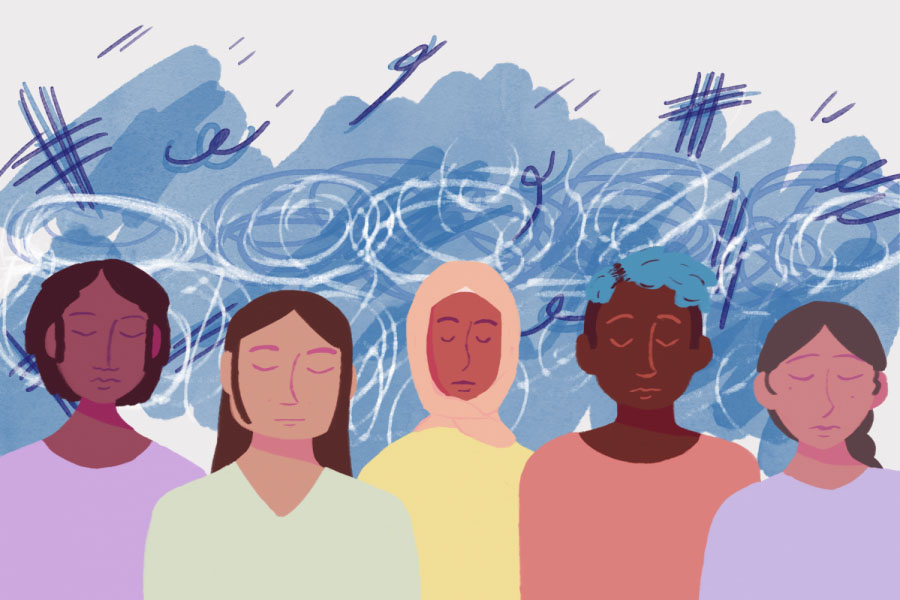 The growth of feminism will benefit everyone. (Photo via the Minnesota Daily under the creative commons license)

The growth of feminism will benefit everyone.

Photo via the Minnesota Daily under the creative commons license

Feminism: the advocacy of women’s rights based on the equality of the sexes.

When broached, the topic of feminism is oftentimes met with derision and controversy. Feminism symbolizes the foundation of basic human rights, and the importance of this word and the movement it leads has always been apparent. Feminism is something that not only can benefit women but can better us universally.

I think that the basis of the resistance of this word is off of the belief that women have already reached a point where equality has been attained. While we have come far since the times of Mary Wollstonecraft or Susan B. Anthony, feminists today have slightly different (but equally important) goals. Women today in the United States make about 81 cents to a white man’s dollar. The wage gap has also been proven to rise with education level.  The wage gap is even larger if you are a woman of color. In addition to this, women face higher levels of violence based on their sex, battle discrimination in the workplace, and combat a seemingly never-ending debate about their own bodily autonomy. These are merely a few of the examples of sexism today. While these issues may be different than the ones that first wave feminists were fighting against, collectively we’ve had the same objective overall: building a world that works for all.

Now that we’ve covered why we need feminism, we can transition into the benefits that it provides. For women, feminism is all about dismantling the patriarchy. The patriarchy is defined as a social system in which power is held by men, through cultural norms and customs that favor men and withhold opportunity from women.

Feminism helps bring the issue of the patriarchy to light, and the first step to destroying it is spreading awareness that it exists. To help dismantle the patriarchy, women need support.

According to United Nations, in 2019 women only held 28% of managerial positions. This is only one example of the under-representation that women face in the workplace. Statistics like this also back up the unofficially acknowledged barrier called the glass ceiling.

The glass ceiling pertains to upper-level workforce opportunities proven to be impenetrable to the vast majority of minorities and women. It is through feminism that women can attain the equity that they need to surpass the limits that people in power put onto them. Since the patriarchy is an umbrella-like term for many aspects of injustice against women, we can fight this in other ways, as well.

Feminist movements like “Me Too” have helped many women who are victims of rape and sexual assault come forward. Beginning in 2017, this movement not only helped women of notoriety expose men who have sexually assaulted them, but it trickled down into the general population, too. Seeing women all over the world open up about their experiences significantly increased the reporting of rape and other sex crimes. The people being held accountable can help to decrease violence against women. Unfortunately, out of every 1000 sexual assaults, 995 perpetrators will walk free, and the majority of these cases will not be reported to the police. The violence against women will continue to be an issue until we strengthen women’s access to basic human rights and resources. Through feminism, we promote a culture where violence, abuse, and injustice against women are not accepted, and we can help create a safer world for our sisters.

I am not free when any woman is unfree, even when her shackles are very different from my own.”

Along with the support that feminism provides for women, it also aids in creating a better world for men, too. The patriarchal system sends a notion that if you show any traits that a woman may exhibit, you are weak. That being similar to a woman in any way deems you unworthy of respect. This is extremely harmful to boys and men. If you grow up in a society where you are always criticized for showing emotion or told to “man up,” it is easy to resort to anger when feeling anything. This theme among men is proven to be detrimental for everyone involved.

Growing up with gender norms like this pushed onto you, anger becomes the most prevalent way of showing emotion. It is because of this that men are more prone to violence than women and that this violence is not biological; it is socialized violence. This effect of the patriarchy on men is called toxic masculinity. Contrary to popular belief, this word is not implying that being masculine, or being a man, means you are toxic. Rather, this term revolves around the idea that when the pressure of “being a man” is put on young boys, masculinity can become a weapon against anything that strays from traditional gender norms.

Toxic masculinity comes in several forms, and the behaviors of this can be damaging for everyone involved. According to Focus for Health, behaviors of toxic masculinity are the following: extreme aspiration for physical, sexual, and intellectual dominance, devaluation of women’s opinions, body, and sense of self, condemning anything that is deemed as feminine, shame or dissociation of emotional expression, and extreme self-reliance. This can all be traced back to the effects of the patriarchal system. If we can all work towards destroying this, we can not only protect women, but we can help men be comfortable with every part of themselves, as well.

Feminism is for everyone.

This being said, I believe that there are shortcomings within this movement. Until the third wave, women of color, immigrants, lesbians, and religious minorities were very under-represented in feminism. By stating that men and women are equal, we need to discuss everyone that falls under this category. I believe in all forms of equality, so as a feminist it is essential to support other social movements, like Black Lives Matter or the Gay Rights movement, that are actively working towards equality, as well. Intersectionality in feminism to women of color, trans women, women apart of the LGBTQ+ community, and other minorities is vital.

To improve diversity among the feminist movement, there are a few steps we can take. For example, we need to provide more diverse leadership in feminism. Uplifting and celebrating women of color can help create strong role models for young activists and ensure women of all colors feel included. Another step we can take is providing stronger allies among white feminists. We can do this by recognizing and acknowledging privileges that we have and using them as a platform to stand up for others. Banding together to fight injustice is essential, and it is through feminism that this can be accomplished.

Injustice anywhere is a threat to justice everywhere.”

While we are still far from reaching true equality between men and women, I believe that everyone who chooses to identify as feminists are actively making a difference just by doing so. I have hope for the future in that I am confident that when we face collective injustice, we all feel a responsibility and a desire to fight. In the end, it is about making all humans feel important, valid, and like they will not be set back in life because of something like their gender, sexual orientation, or the color of their skin.

It is my hope that powerful women who have come before us like Ruth Bader Ginsburg, Betty Friedan, or Eleanor Roosevelt would look upon the progress we have made and all the girls who dream of making a difference, and smile.

Books about themes mentioned in the article:

Speak by Laurie Halse Anderson is about a survivor of sexual violence learning how to speak up for herself.

Ain’t I a Woman? by bell hooks is referencing Sojourner Truth’s famous poem about feminism during the times of enslavement. This book dives into black womanhood and discusses racism and sexism.

Little Women by Louisa May Alcott is about four sisters living in the 18th century. Jo March takes her journey to womanhood while exploring independence as a woman.