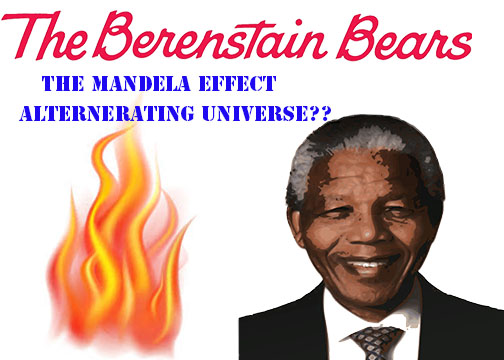 What is the Mandela effect? Find out here for more facts

Nelson Mandela is a South African political leader. He is also famous for the Mandela Effect, which is falsely remembering something from the past. Like the idea that Nelson Mandela died in prison, but after 27 years he came out alive baffling everyone.

Staff and students were also asked about the spelling of Febreze, everyone remembers it being spelled with two E’s like, Febreeze. But in reality it is only one. Another example is the famous quote “Life is like a box of chocolates…” from Forest Gump.  Turns out that quote is a lie. We all remember a quote that famous but it is actually “Life WAS like a box of chocolates…” Time to rewatch the movie, I guess.

There are so many more cases of the Mandela Effect taking place. We often relate it to false memory and even alternating universes. Many people believe that the only explanation is there is a previous world that we remember all this information from but the universe changed and now we are living in a separate world.

Another theory is that someone traveled back in time and changed something super small and now it is affecting everything in the future. A Reddit user was very interested in the topic of the Berenstain Bears theory and found a tape in his garage where the front of the tape said The Berenstain Bears but on the side it said The Berenstein Bears. This proves the Mandela Effect could be true.

People were suspicious that it was photoshopped, but conspiracy theorists investigated the tape, and it is 100% real. No photoshop was involved.