Our best days still lie ahead 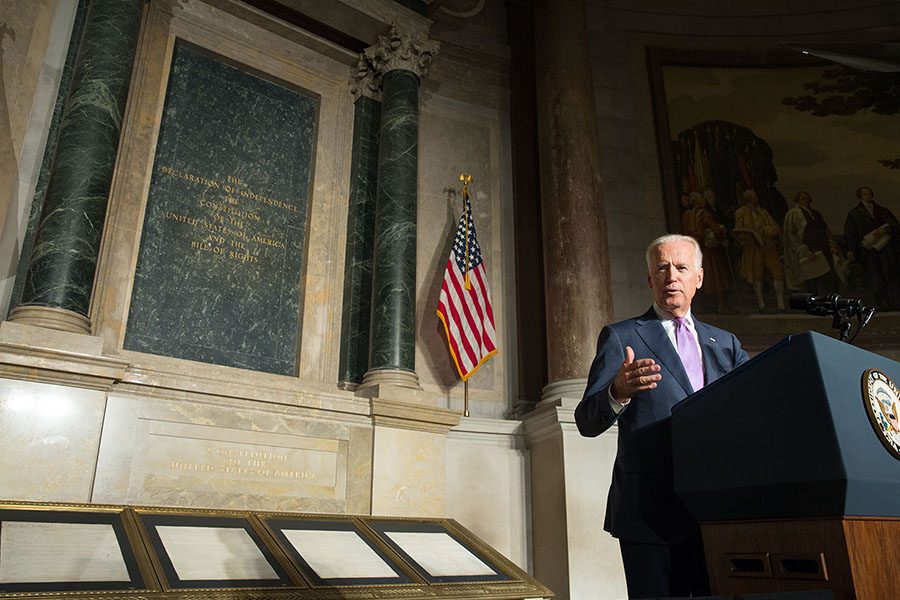 Joseph Biden giving a serious, and captivating speech to those who support him.

Joe Biden, though one of the last to declare, has been projected for a nearly 30-point advantage in some national polls. He is a former vice president, and a former senator from Delaware. He has run for president twice before and believes 2020 is his last chance to run for president.

His national polling average is 26%, and his news coverage ranking is #1.

While Biden’s past in the legislature has weighed him down with some crowds, Biden is winning well amongst older Democrats.

If we give Donald Trump eight years in the White House, he will forever and fundamentally alter the character of this nation, who we are, and I cannot stand by and watch that happen.”