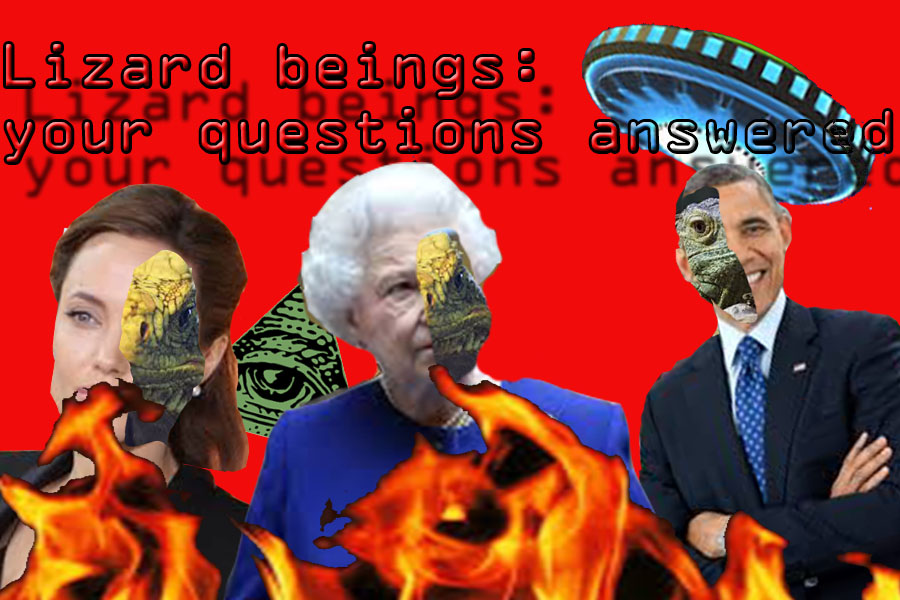 Pictured are three of the many confirmed lizard people in the news. (Savanna Mueller)

Pictured are three of the many confirmed lizard people in the news.

In this episode, Savanna investigated the theory that a lizard- like alien race is running our government and has world domination in their sights. Her research answered some common questions you may have as well.

These questions are both common questions, and questions asked by people I talked to at school.
I answered them to the best of my abilities along with research.

What are lizard people?

Lizard people are basically what they sound like. Cold-blooded beings that can shape shift into whatever form they want, usually people in power or with a high social standing. They are allegedly from another planet and are fixated on domination.

Who believes this and why?

So what do they want?

Essentially the end goal is world domination, and some theorize that they have already achieved that because of all the celebrities and government officials that are alleged lizard people.

Some “confirmed” lizard beings are Barack Obama, George Bush, Queen Elizabeth II, Katy Perry, and Angelina Jolie. Confirmed is a loose term, but these are only a few on the long list of people either thought to be or “proven” to be over the past 10+ years.

How to know if someone is one?

Green eyes, red hair, random scars on the body, low blood pressure, obsession with space, abnormally shaped pupils, good eyesight or hearing, or having a smile that shows your bottom teeth are all “tells” that many believers look for in someone that may be a lizard person. Another characteristic is deep compassion for the fate of mankind.

Is there any evidence for this?

Technically, no. But if you consider possibly altered videos of famous people with weird eyes, then yes. Lots.

How do I know if I’m a lizard person?

Take the quiz on The Atlantic’s article 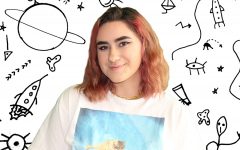 As a Senior™ at Sartell High School, I am fully aware of how powerful a spoken Vine™ (rest in peace) reference can be, and I'm hoping this can get... 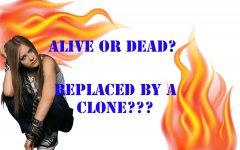 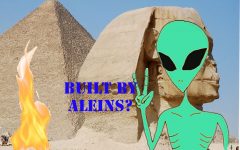 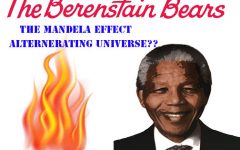 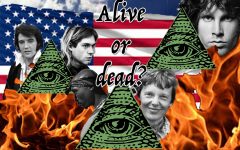