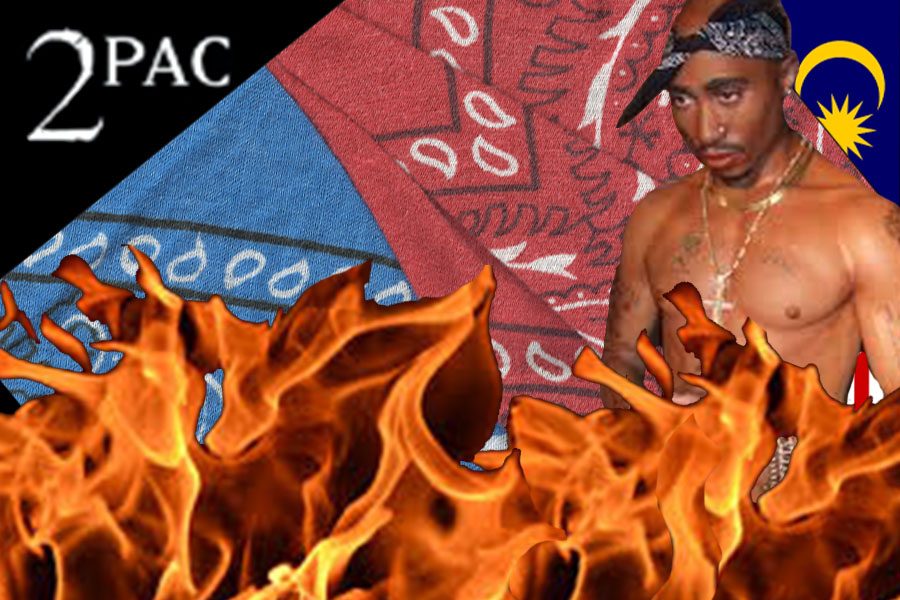 Tupac Shakur was an influential rapper of the late ’80s and most of the ’90s.  He had hits that still play today like “California Love” which was released the year he died. Tupac was on his way to a club with another rapper, Biggie Smalls, when the car was shot at and he was hit four times. He died in the hospital after severe lung damage prevented him from breathing.

A retired police officer, David Meyers, in an interview with Mirror UK, breaks his 20-year silence on the falsified death of the California rapper. He says he was paid $1.5 million for his part in the cover-up, and he was not the only one.  According to Meyers, 30 other people were a part of this massive con job.

However, a website that supported Meyer’s claims was accused of using a fake image of him in 2015. This deepens the conspiracy because no one really knows who David Meyers is, nor could I verify the source.

So where did Tupac go after he faked his death? Well, let me tell you something folks, if you haven’t heard that Tupac is livin’ it up in Cuba, then you are well- behind on your conspiracies.

The theory that Tupac is alive in Malaysia gained momentum years after his death with numerous “sightings” of him all over the small islands, but why he would fake his death is shrouded in mystery.

Many believe Tupac Shakur thought he was being watched by the government due to his anti-government lyrics and lifestyle, as well as his paranoia about the Illuminati. Detailed in many of his interviews, he talks about how he knows of people in the Illuminati and he is scared for his life.

The Illuminati is a secret government society composed of world leaders as well as all-knowing beings supposedly after world domination through the control of people.

Tupac believed that some people around him were a part of this group, and he feared for his life because the Illuminati is known for mysterious disappearances after negative government involvement.

He also says he knew about people in his inner circle that were also part of the secret government society. In his last interview, a couple of days before his death, he is passionate and real about his influence.  He talks about his insecurities and how as long as he can spread his message, he doesn’t care what others do around him. He also talks for a short period how he could “disappear” after talking about the government controlling what is said and heard.