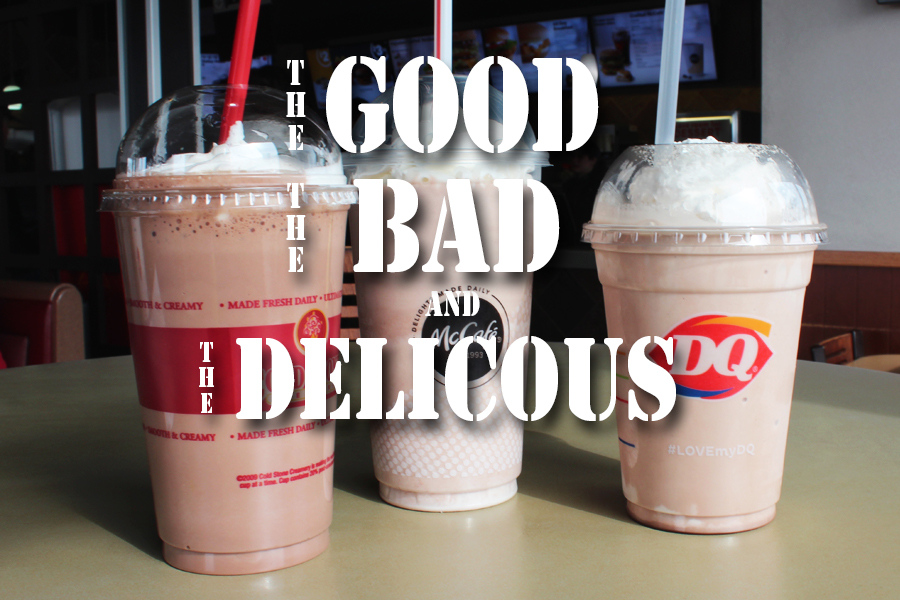 The Good, the Bad, and the Delicious: Part 3

With more and more food places popping up all over the St. Cloud area, it’s hard to find good food at a decent price. You’re in high school, you don't have the time or the money to go to every food place and find the best deal for the best food possible. But that's why we're here, to do it for you. Every other week we explore different food options ready for us and find the Good, the Bad, and the Delicious in your next meal.

Everyone knows that if you are going to dip french fries into anything, it’s a chocolate shake. Shakes compliment fries better than peanut butter to jelly, maple syrup to pancakes, or even barbecue to ribs. This week we visited a few locations around the St. Cloud area to find some of the best shakes in the area including Cold Stone, Dairy Queen, and McDonalds. To figure out which was the best, we had an emphasis on the consistency of the shake, how chocolaty the shake was, as well as the overall taste of the shake.

We started with a trip to Cold Stone. 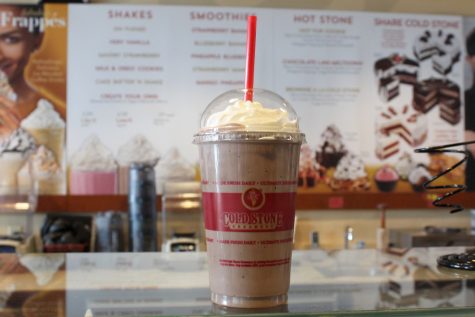 After we placed our order for a chocolate shake and watched the employee create the shake from the tubs of ice-cream on display, we finally received it to taste. The first thing we noticed about the shake was that the consistency was really thick. However, by the time we got around to actually being able to taste test the shake after purchasing all three for this week, this long awaited Cold Stone shake had unfortunately melted slightly. But despite this, the consistency had still remained at a thickness that was just to our liking and actually found that we preferred it to the lighter weight counterparts from other locations we visited.

It’s the kind of shake you’d want after a breakup.”

A larger concern , however, was the more we drank it, the more the chocolate became too much. But one part of our crew thought that it was just the perfect concentration of chocolate while the other part really preferred the lighter drinks stating, “The chocolate is a little too overpowering for my taste.” However, overall the Cold Stone shake was a very delicious experience.

Next we took our journey over to Dairy Queen. 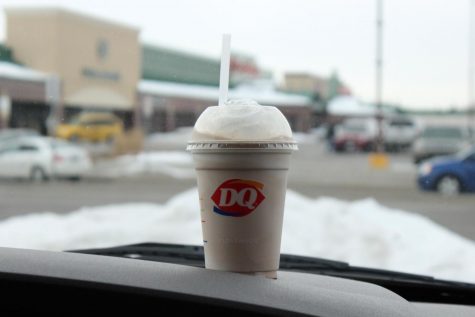 This shake wasn’t bad; however, it was lacking in a lot of areas that Cold Stone excelled in or even things they were just well at. Ending up at a Dairy Queen that only provided a drive through experience, we found that the customer service was noticeably a lot more restricted and minimal. Since we decided to taste all three kinds of shakes at the same time, from the point when we got our shake from the Cold Stone to when we got our shake at Dairy Queen, the Cold Stone remained as a significantly thicker consistency than the Dairy Queen shake at the time of purchase, even though there was a fifteen minute difference in the time it was served to our crew. Other than consistency, the chocolate concentration was the best of the three overall. This was a good ratio of chocolate to ice cream that really made you want to go back for more. Every sip of this shake was good, not too chocolatey, for it wasn’t drowned out by the rest of the shake. The whole Dairy Queen experience was good overall, and holds a shake that is definitely worth considering as your go-to.

Coming up in last we have McDonalds. 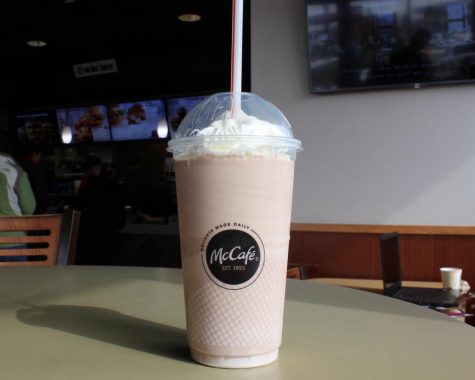 It was very subpar in all areas that we looked at. Although we tasted this shake right away, compared to the fifteen minute wait for the other two, we got the chance to try the first shake from Cold Stone, the consistency of McDonald’s chocolate shake was surprisingly the most soup-like compared to all the others.The consistency was just way too light and there had been a poor ice cream to chocolate ratio. It tasted more so as if they had added chocolate milk to a vanilla shake, and not the good kind of chocolate milk, but more like a less flavorful one. Each sip was just okay, but the more we drank from the McDonalds one, the more we wanted to reach for one of the other two shakes. Overall, we basically found that the chocolate concentration was the lightest of the three, and it wasn’t very thick. In comparison to the other choices, the McDonalds shake was what we considered bad and is definitely not our favorite.

Hover over each location we visited on the map to see some comments on these shakes!

With this week’s journey on the Good, the Bad, and the Delicious coming to an end, we came to a slightly indifferent conclusion when it came down to two shakes. Cold Stone had proved to be the most delicious of all three, but Dairy Queen had come in a close second since it’s ratio of chocolate to ice cream was so impressive. Dairy Queen is the kind of shake that you could have any day, but Cold Stone is the kind of shake that just really wows you if you’re looking to satisfy your chocolate cravings.

Check back soon for when we venture out again to expand your view on more foods in the area!