A breakdown of what it means to be transgender 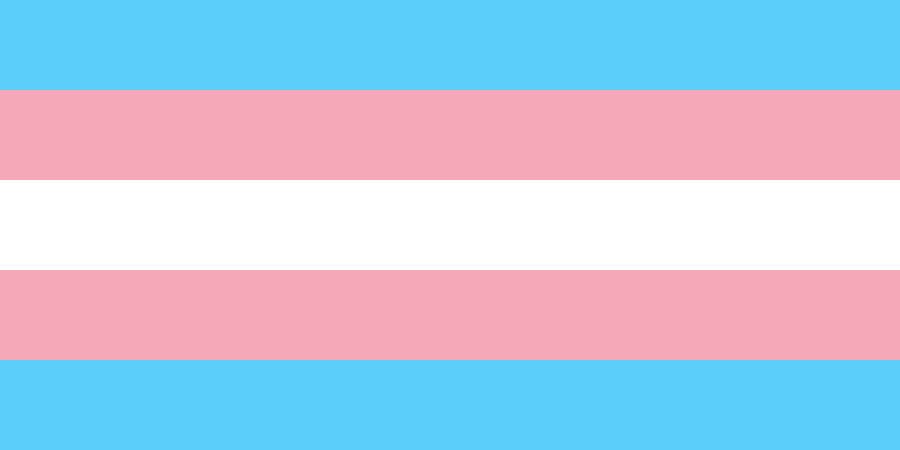 photo via wikipedia under the Creative Commons License

The dictionary definition of transgender reads “denoting or relating to a person whose self-identity does not conform unambiguously to conventional notions of male or female gender.” It, of course, is a lot more complicated than this one sentence translation. Understanding what it means to be transgender involves more than typing “define transgender” on Google.

What does it mean to be transgender?

Transgender is an umbrella term for someone whose gender identity is different from the sex assigned to them at birth. Gender identity is the psychological identification as a woman, man, or some other gender. Gender identity is manifested through gender expression. According to hrc.org, (HRC is the largest civil rights organization working towards equality for lesbian, gay, bisexual, and transgender Americans), “[Gender expression] may or may not conform to socially-defined behaviors and characteristics typically associated with being either masculine or feminine.”

What does it mean to transition?

Some transgender people transition, which means they begin living as the gender that they identify with instead of the sex assigned to them at birth. This can, but doesn’t always, include hormone therapy, sex reassignment surgery and other medical procedures.

Is there a difference between being transgender and being gay?

If someone cross-dresses does that make them transgender?

No. Cross-dressing is a form of gender expression. According to hrc.org, “many people who cross-dress are comfortable with their assigned sex and generally do not wish to change it.”

Is it a mental disorder?

No. Transgender identity can’t be cured with treatment. Transgender people often feel disconnected between their assigned sex and their internal sense of who they are. This disconnection is called “gender dysphoria” due to the pain and distress it causes in the lives of transgender people.

Because being transgender is such an umbrella term the experience means something different for everyone going through it. Here are a few golden nuggets dropped by our very own Taelyre Winegar to give us a sneak peek into his colorful life.

A: I wouldn’t necessarily call it coming out. I would call it becoming me. For me, it was more of an inner struggle than an outer struggle. 99% of the people around me I knew would still love me and care for me the same way they had before. It was more inwards because I was the one who struggled with it the most. I would say that I had a more preferred experience than others.

Q: What have you learned from this experience?

A: I have learned so many things, but I think the most important one is to be yourself no matter the cost because in the end you will be happy being you with few friends than not being yourself with many friends.

I would like to see [more] people [become] educated in the LGBTQAAP community and what it really all is. All of the new surfacing terms and the always-evolving gender spectrum can be confusing.  If we had a proper education on not only this topic but the more “taboo” topics, this world would be more culturally accepting. I am not saying that you have to believe in it or force it upon anyone, all I am saying is that with proper education we can be a more respectful people.

Q: If you could say one thing to Sartell High School students, what would it be?

A: RESPECT. Honestly, so many people lack this. And I’m not talking about the face to face but the behind your back kind of things. People just lack the respect in general.

Q: Do you have any advice for people who are genuinely confused about someone being transgender (right and wrong things to ask, how to ask, what to ask)?

A: First of all, don’t be afraid to ask questions. As a transgender community, WE KNOW that there are many misconceptions and confusing things about this topic.  We are always willing to explain how and why things work. But be respectful about it. NEVER EVER EVER ask their birth name or what they have in their pants. Those questions may strike a nerve and just pass over as rude, even if you are just curious.

Q: Why do you think people are so un-accepting/antagonizing?

A: Well, a couple of things actually: fear, ignorance, and just not knowing. They seem to kind of flow all together. People are afraid of what they don’t know and that creates ignorance. I understand that to some people what I may be doing is “against their religion” but in reality it’s not hurting you and ALL religions teach about loving other people, so that’s what you should be doing anyways.  There really is no excuse to be un-accepting of a person. Ever.

Q: If you could tell your younger self one thing, what would it be?

Q: Who/what is your biggest inspiration for strength?

I don’t really have a lot of inspiration from a lot of people because I transitioned almost two years before this was brought to the social rights and social media forefront so my inspiration comes from within and from my music. Music always has inspired me to do bigger and greater things because music itself is bigger and greater than any of us could ever be, and it moves the soul in a way nothing else can. Props to Caitlin Jenner for transitioning, but she IS NOT MY IDOL. I transitioned way before her and others as well.