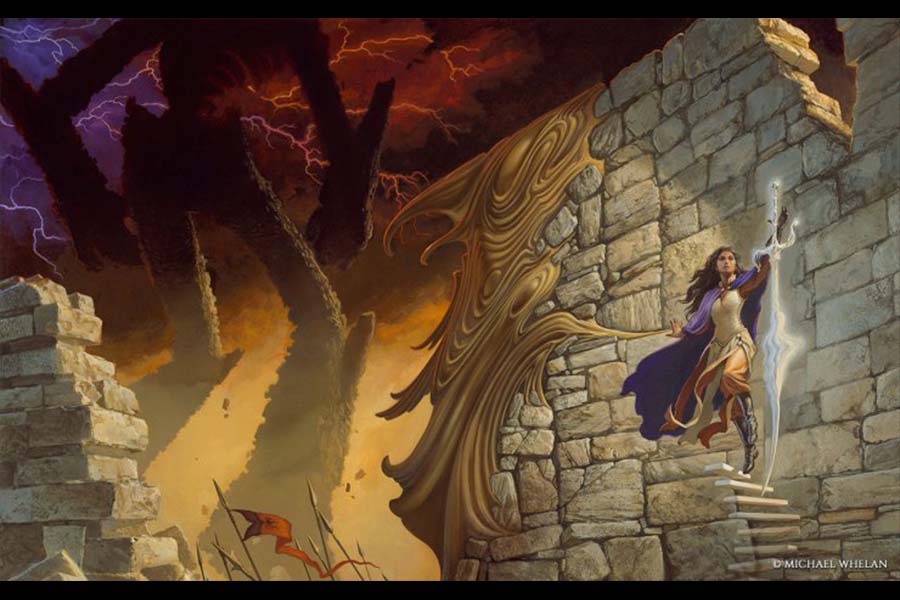 The full cover for Oathbringer

The war between the Alethi and the Parshendi is over. The new war with the Radiants and the Fused is just beginning. Taravangian continues to follow the diagram and undermines Dalinar. The ancient city Urithiru home of the ancient Radiants has been found but dark secrets hide within.

The Fused are Parshendi that have made a bond with the god Odium. They all have powers that are similar to the Knights Radiant but instead of Stormlight they use Voidlight which is the opposite of Stormlight. The remaining parshendi that did not fuse are called the Listeners and are made slaves for the Fused.

Kaladin being a Radiant of the third ideal is able to take on squires. Those squires are all men of bridge four and are able to use a little bit of stormlight when close to Kaladin. Shallan begins working with her different personalities of Veil and Radiant as she questions who she is. She begins looking for the secrets hidden within Urithiru. Dalinar begins to recall his wife whom he had forgotten completely and starts learning of a way to beat Odium with a contest of champions. Szeth starts training under Nim, a herald, to become a Skybreaker.