The Falcon and the Winter Soldier episodes three and four are now available to stream on Disney+. (Fair use photo from inspiredtraveler.ca)

The Falcon and the Winter Soldier episodes three and four are now available to stream on Disney+.

Fair use photo from inspiredtraveler.ca

The Falcon and the Winter Soldier, episode five, proves what fans have known all along; that John Walker was never meant to fill Steve Rogers’ shoes as Captain America.

Episode five was released last Friday, April 16, and shows the dark turn that John Walker is about to take.

Many fans took to the replacement of John Walker as the new Captain America with great skepticism and with good reason. However, Walker shows off his genuine intentions and self-doubt that gave people hope, he was far more modest and agreeable than in the comics, which made him easy to root for.

In cbr.com‘s review of this show, they said, “But in the latest episode, John starts down a dark road toward more sinister methods that may reveal the good ol’ boy routine is just a façade.”

The majority of this episode revolves around locating the Super Soldier serum, the same type of serum used on Steve Rogers, that Karli wants to use to protect her people from the harsh conditions they are living in, but it is dangerous.

Karli Morgenthau is the leader of the Flag Smashers, a group whose mission is to restore the world to the state it was in during the blip, takes the Super Soldier serum, which grants them enhanced abilities.

This draws the eye of Falcon, Bucky, and “Captain America.”

The trio is on an ongoing hunt for Karli and the serum.

In episode three, the trio is trying to track down a scientist named Nagel who had been recruited by HYDRA and the CIA to synthesize a new serum using the blood of “one time Captain America Isaiah Bradley.”

Unfortunately for Nagel, he was blipped away by Thanos before he could finish. Upon his return, the Power Broker helped fund him to finish the task. He made twenty vials, but they were all snatched away by Karli’s team of Flag Smashers.

Of course, John Walker is aware of the serum’s existence. This is important to keep in mind as we recap further episodes.

In episode four, entitled “The Whole World is Watching,” we see how far John Walker is willing to go to prove himself worthy as Captain America.

It is no question that John Walker is feeling the pressure to perform and fill the shoes of Steve Rogers. Sam and Bucky refuse to team up with him, and when Dora Milaje arrives from Wakanda to arrest Zemo, he is unable to hold his own in a fight. He feels powerless and like a fraud.

He is slowly drowning in Steve Rogers’ shadow.

This becomes apparent when he, Sam, Bucky, Lemar, and Zemo try to intercept Karli Morgenthau at a memorial.

Sam insists on talking with Karli alone first, to try and get her to understand the severity of her actions. But John Walker is impatient and eager to get the job done.

He offers Sam ten minutes alone with Karli until he takes matters into his own hands.

Sam meets Karli just as she is finishing her speech at a memorial service for her Mother-like figure, Mama Donya and he seems to be getting through to her. They make a connection with one another, gain an understanding of each other, and above all, Karli seems to almost trust Sam.

Until Captain America barges in and ruins the moment.

Barnes, your partner needs backup in there. Do you really want his blood on your hands?”

The truth is that Sam doesn’t really need backup. Walker’s eagerness and impatience consume his ability to reason properly and make rational decisions.

A chase scene ensues as the gang attempts to find Karli and the serum, but it is Zemo who runs into her first, pointing a gun at her head as he begins to shoot to kill. Karli is hit and falls behind the table, which causes the serum to fall out of her pack and into plain sight.

Honestly, I half expected Zemo to knock one back, considering his past, but kudos for him for destroying all of it instead.

But did he really destroy ALL of the serum?

The answer to that question would be no.

John Walker is the second to find Karli and Zemo. He knocks out Zemo and Karli takes off running.

That is when Walker’s eyes are drawn to the last remaining vile of serum and pockets it, clearly pondering the question of if he should inject himself with it.

Power just makes a person more of themselves, right?”

Desire to become a superhuman cannot be separated from supremacist ideals”

Fast-forwarding a little bit, John and his partner come face to face with Flag Smashers and things do not end well.

They capture Lemar and tie him up and a huge fight breaks out between the Flag Smashers and Walker, Bucky, and Sam.

All while this is happening, Lemar is able to cut his ties loose and escape. He intervenes in a fight between Karli and John and Karli punches him right into a pillar, killing Lemar on impact.

This sends Walker into a frenzy as he chases Karli and her crew down the street until he is able to catch up with the man who did NOT kill Lemar.

He hits him twice with the shield to disable him and then stabs him repeatedly with the shield, abandoning everything that it and Captain America stand for.

John Walker murders him. In broad daylight. In front of dozens of recording phones.

He had just gone through the tragedy of losing his best friend, but even still, it was a test of his character. And he failed miserably.

In my opinion, John Walker is so eager to prove himself worthy of filling Steve Rogers’ shoes that it blinds him from what made Steve Rogers so brilliant.

John expects to be perfect right away and not make any mistakes. He wants everyone to adore him the way they adored Steve Rogers and it blinds him.

It is very easy to see things from his perspective, but it does not change the fact that he is on the border of being seen as a psychopath rather than a protector.

My prediction for the final two episodes is that John Walker will become more of a villain figure who has good intentions but goes about it the wrong way. I think that would be a very interesting storyline for this show and enable it to relate more to the comics.

Feel free to check out my other article on The Falcon and the Winter Soldier here!

Also, here is the last promo trailer for the final episode of The Falcon and the Winter Soldier that airs Friday, April 23! 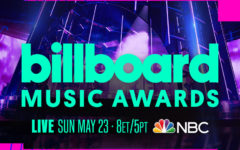 A recap of the 2021 Billboard Music Awards Hero to villain: The Falcon and the Winter Soldier finale is full of surprising twists and turns 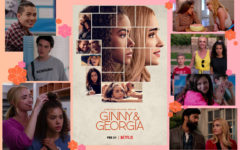 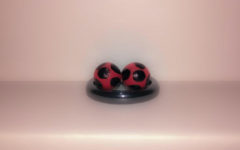 Is ‘Miraculous: Tales of Ladybug and Cat Noir’ only a kid’s show?