Whipping it up in the kitchen 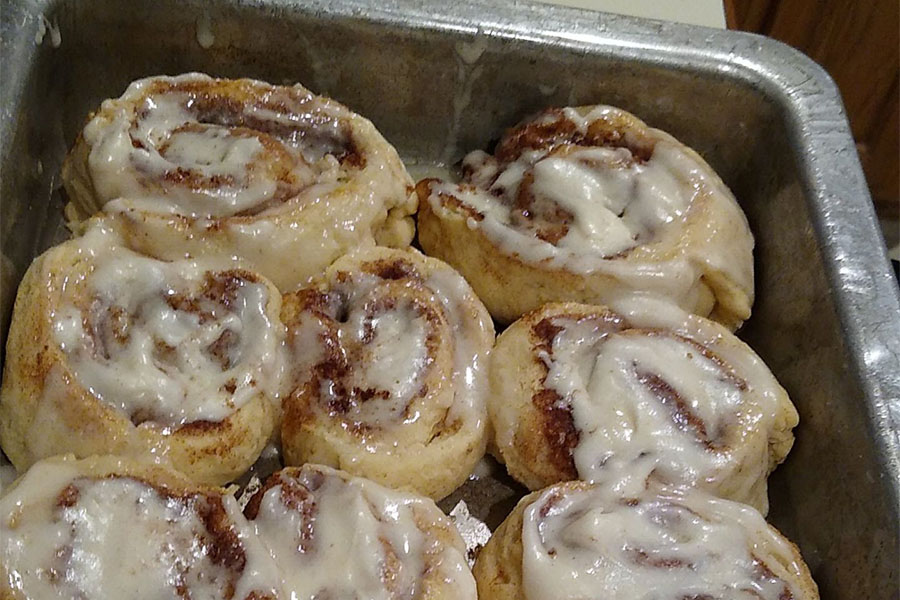 My gluten free cinnamon rolls that tasted some what good.

I love trying new things, even if they might not taste good or look good. I was scrolling through Pinterest because I have nothing better to do, and I saw gluten-free cinnamon rolls. So, I was thinking to myself oh this looks easy let’s try it. I couldn’t mess this up as I did with the vegan cake. But I somehow messed it up like always. I just give up on baking; it never works out with me in the end.

We started the baking at 8:23, and we ended around 11:15 pm. I thought this would only take an hour. It took Brittany and me close to three hours. I made her help me because I messed up on making the dough part so, I had to start all over. I had a little bump in the road. I realized I had read the directions wrong and my blood was boiling when I realized I did that. Eventually, I re-do it again with Brittany. I didn’t care if the cinnamon rolls were going to be good at this point I just wanted to get it over with. While we were cooking late at night we didn’t know that we had to wait a while for the yeast to rise. Once we got to that spot we read the directions I looked at her and said: “aw man now we have to wait for an hour you’re joking I just want to go to bed and sleep”.

These gluten-free cinnamon rolls were overall bomb dignity if I say so myself. The best thing ever made with a lot of help from Brittany. Thankfully, she helped me, or else the cinnamon rolls would have been a huge disaster without her. Brittany had one in the morning, and she reheated it in the microwave. She liked that there was a lot of frosting on it. The frosting melted in her mouth. My dad loves it, but he thinks I overdid the frosting a bit too much.