Are Lincoln and Kennedy’s assassinations linked? 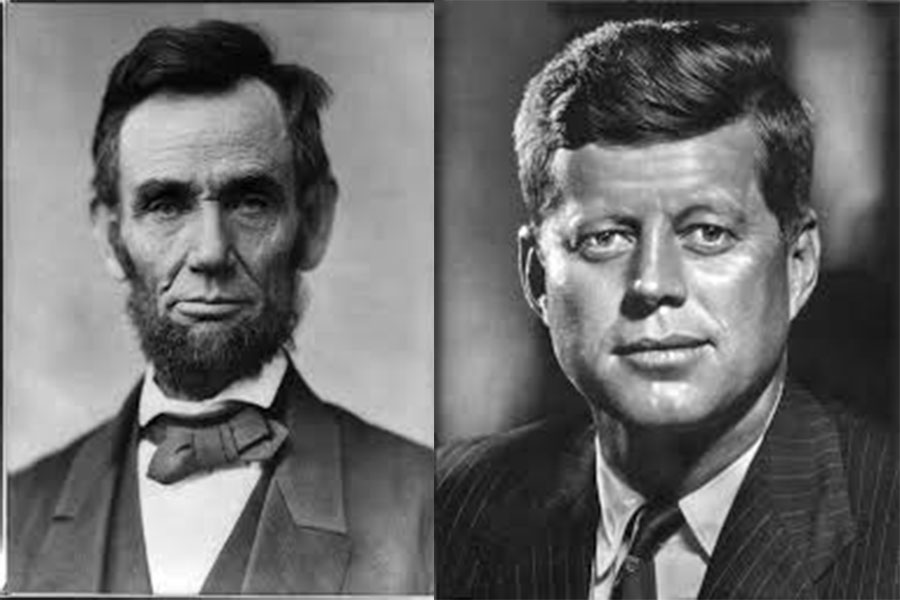 Photos via Flickr and Picryl; Photoshop by Christina Binder

A side by side of former presidents Lincoln and Kennedy.

Lincoln joined Congress in 1846, and Kennedy joined Congress exactly 100 years later in 1946.  Then Lincoln became president in 1860 and Kennedy became president in 1960. Both presidents were very concerned with civil rights and both of them lost a child while their wives were living in the White House. Lincoln’s secretary was named Kennedy, and Kennedy’s secretary was named Lincoln. Both presidents were shot on Fridays and the aftermath feeds into the conspiracy even more.

Their assassin’s Lee Harvey Oswald and John Wilkes Booth were known by all three of their names. The letters in each of their names also add up to 15, which is a stretch, but adds to the conspiracy and then both assassins were assassinated before their trials could commence. Exactly how they were succeeded by Southerners they were also assassinated by Southerners. John Wilkes Booth was born in 1839 and Lee Harvey Oswald was born in 1939. And finally, a week before Lincoln was shot he was in Monroe, Maryland and a week before Kennedy was shot he was with Marilyn Monroe.

With the information provided do you think these two assassinations could be connected or do you just like to play the devil’s advocate?