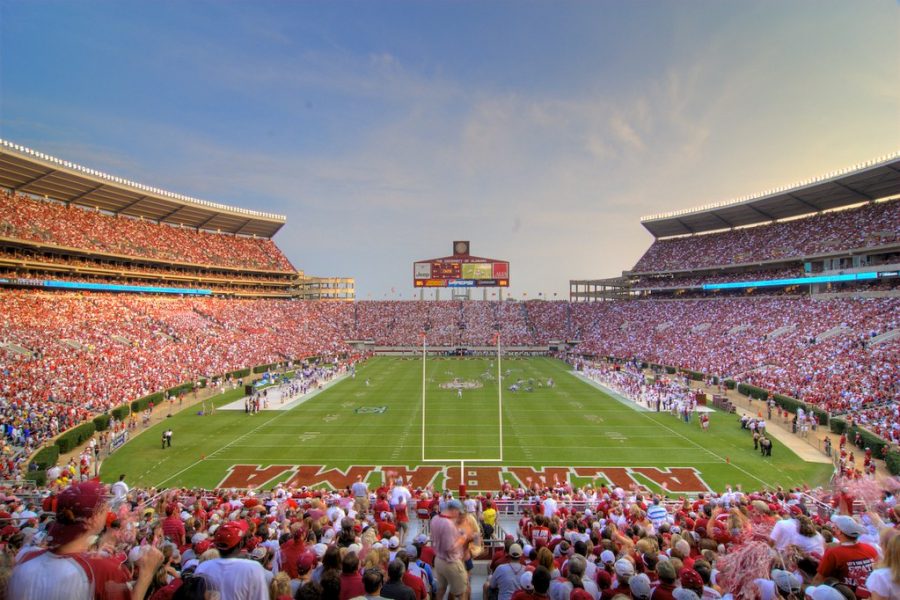 Photo Via drjoshuawhitman Under the Creative Commons License

The University of Alabama is arguably the biggest powerhouse in college football history.

This national championship caps off a spectacular season for Alabama. The Crimson Tide finished with an overall record of 13-0, and two of the squads best players were nominated for the Heisman Trophy. Devonta Smith ultimately won the award for best collegiate football player, but Mac Jones finished second in the voting also.

Ohio State’s season is one to not be looked over though. The Buckeyes won the Big 10 title and finished with an overall record of 7-1. The team faced some controversy after the Big 10 bent the league rules to allow them to play in the conference championship. Ohio State’s legitimacy was questioned after the Big 10 championship game. But, the team proved all the doubters wrong after they defeated Clemson by a score of 49 to 28 in the national championship semifinals.

The championship game was played at Hard Rock Stadium in Miami, Florida. Due to the state of Florida being less punishing on coronavirus restrictions, the final game of the college football season was able to have 14,900 fans. Of course all fans were required to wear a face covering and social distance.

After the win, Mac Jones said to reporters “I think we’re the best team to ever play. There’s no team that will ever play an SEC schedule like that again” (click here to view quote). Alabama played an all SEC schedule up until the semifinals and the national championship. The closest game for the Crimson Tide happened in the SEC Championship game when they defeated the University of Florida 52 to 46.