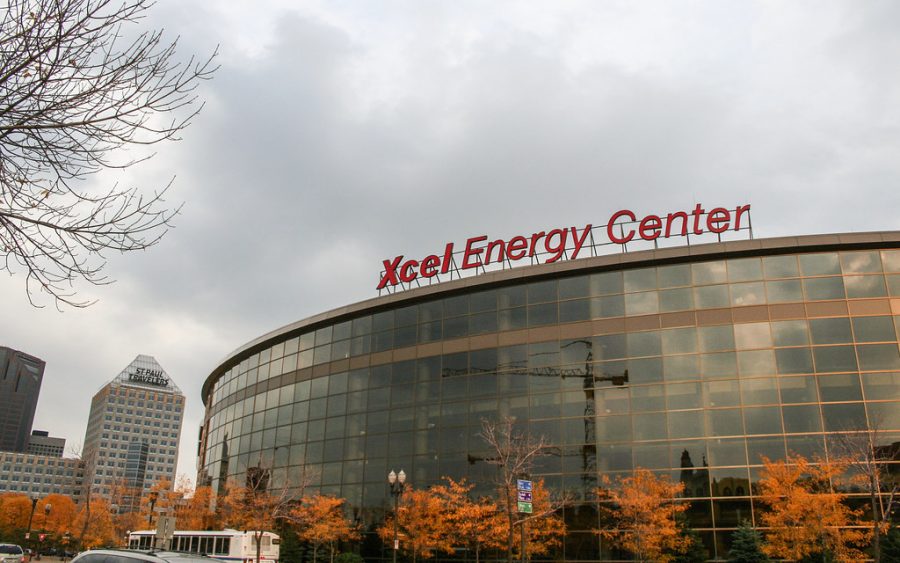 Photo Via Tony Webster Under the Creative Commons License

The Xcel Energy Center in Minnesota will soon host the Wild's first home game of the 2021 season.

The National Hockey League (NHL) finally opened up their 2021 season after the previous season ended on September 30, 2020. There were no fans allowed at any of the games, and we can expect that to remain the same for a while.

The Philadelphia Flyers opened up their season at home against the Pittsburgh Penguins. The Penguins opened up the scoring in the first period with a goal from Mark Jankowski. But, the Flyers responded quickly with goals from James van Riemsdyk and Nolan Patrick. Heading into the third period, the Flyers led by a score of three to two, and they were able to finish it off and defeat the Penguins by a score of six to three (click here to view box score).

The Toronto Maple Leafs took on their rivals, the Montreal Canadians, at home. After the first period the Canadians took a lead of two to one, with goals from Nick Suzuki and Josh Anderson. Maple Leafs forward William Nylander had himself a night with two goals and one assist, but that wasn’t enough to capture a win in regulation. The two teams were tied at four heading into overtime, and Toronto defenseman Morgan Rielly was able to punch home the OT winner (click here to view box score).

The defending Stanley Cup Champions, the Tampa Bay Lighting, faced off against the Chicago Blackhawks at home. The Lightning took a commanding three to zero lead after the first, and from there they didn’t look back. Tampa Bay won by a score of five to one, with big nights from defenseman Victor Hedman, forward Brayden Point, and captain Steven Stamkos (click here to view box score).

On opening night the Vancouver Canucks traveled to Edmonton to take on the Oilers at Rogers Place. The first period was pretty bland with only one goal coming from Bo Horvat of the Canucks. After the second period the Canucks were still leading by a score of two to one. Vancouver forward Nils Hoglander had his first NHL goal that period also. In the end the Canucks were able to pull out a win by a score of five to three over the Oiler’s potent offense (click here to view box score).

The highly skilled Colorado Avalanche took on the 2019 Stanley Cup Champions, the St. Louis Blues, at home. The Avs opened up the scoring with a goal from Andre Burakovsky, but the Blues responded almost instantly with goals from Oskar Sundqvist and Jordan Kyrou. St. Louis’s offense proved to be too much for Colorado as they scored four unanswered goals to win four to one (click here to view box score).

The league has been divided up into four realigned divisions, the North, West, Central, and East (click here to view the map of each division).

The Northern division consists of all the Canadian teams, the Toronto Maple Leafs, the Montreal Canadians, the Ottawa Senators, the Edmonton Oilers, Vancouver Canucks, the Calgary Flames, and the Winnipeg Jets.

The Central division has teams like the Carolina Hurricanes, the Chicago Blackhawks, the Columbus Blue Jackets, the Dallas Stars, the Detroit Red Wings, the Florida Panthers, the Nashville Predators, and the Tampa Bay Lightning.

The fourth and final division is the Eastern division. The teams here consist of the Boston Bruins, the Buffalo Sabers, the New Jersey Devils, the New York Islanders and Rangers, the Philadelphia Flyers, the Pittsburgh Penguins, and the Washington Capitals.