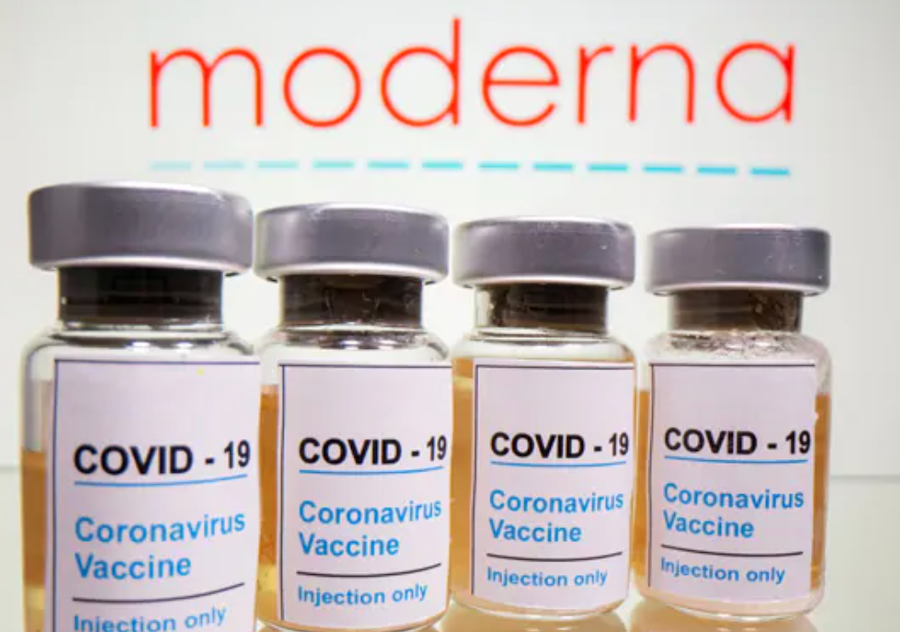 Photo Via NDTV.com under the Creative Commons License

Moderna's vaccination is set to take a strong hold on the general population starting this month.

The end of November sent a wave of excitement amongst those getting ready for the downfall of the Coronavirus, since Moderna, a biotechnology company, submitted their COVID-19 vaccine to the FDA for approval in emergency use due to its high efficacy results, which could lead us all one step closer (or backwards) towards “normality” in what seems like our ever-infected society.

Moderna’s Covid vaccine showed extremely promising results on the basis of efficacy rates when a study sample was taken of 30,000 people, which included 196 cases of COVID-19 (30 that were severe cases). The study concluded with numbers as high as a 94.1% vaccine efficacy rate against COVID-19 patients, and a staggering 100% vaccine efficacy rate against severe COVID-19 patients. The company plans on sending in their vaccine to the U.S. Food and Drug Administration (FDA) for Emergency Use Authorization (EUA), and also for authorization in the European Medicines Agency (EMA) with ongoing rolling applications towards countries like Switzerland, Canada, Singapore, the UK, and Israel upon approval.

Although the vaccine itself seems to promise good results for the Coronavirus, it does come with a few noted side-effects, which aren’t terrible, but are still prevalent. The most commonly noted side-effects that came along with the vaccine happened upon injection, and consisted of site pain, fatigue, headaches, muscle and bone pain, and redness where the injection took place. Moderna had addressed these side-effects and had said that the safety data is consistently being reviewed, and does not raise any safety concerns regarding the vaccine. Pfizer and BioNTech, two other companies who previously had sent out a vaccine to the FDA for emergency use, also had noted similar side effects within their data, but had seen a slightly higher efficacy rate in a two-dose vaccine over a single dose, which caused rates to lay at the 95% mark. The only downfall to all of this good news towards a true vaccine, would be that to measure the immunity length is not possible due to the fact that both studies had only lasted a matter of a few months.

Dr. Fauci recently has given insight and spoken on behalf of the vaccinations provided by Moderna and Pfizer by saying that “We already have a highly efficacious vaccine” and that it’s existence leads us closer back to a state of normality since the emergency approval on it should be this month, or maybe even as soon as this upcoming week. In order to achieve the normality that we want back in our lives, Dr. Fauci also had spoken to the press about what he believes are the two things to get us back to the ordinary which he described as the “continuation of a baseline degree of good public health practices” which people should be enforcing among themselves, and also that we “have to have a rather large proportion of the population getting vaccinated” with that proportion being at least 70% of the U.S. population under his own recommendation. His prediction for complete normality however, won’t take effect until summer or early fall (taking that people follow regulations and invest into the vaccine).

As citizens of the U.S. and of the world, it’s important that we listen to the advice of the doctors, and continue to follow the rules set into place to lower the spread of coronavirus, so that the chance for us to have a close-to-normal summer and regular fall year are closer than farther. So until then, make sure to mask up, check CDC regulations and preventions, and quarantine often!

Watch Moderna’s video about their vaccination below for more information.