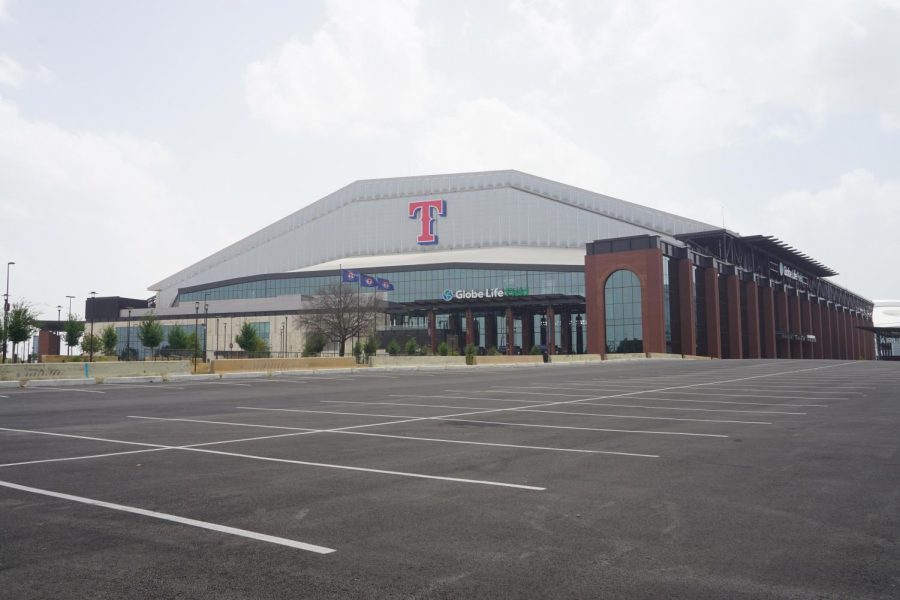 Photo via Michael Barera under the Creative Commons License

Pictured is Globe Life Field months before it was full of fans watching the World Series.

The Los Angeles Dodgers defeated the Tampa Bay Rays in six games to win the franchise’s seventh World Series. The Major League Baseball (MLB) held the league championship in a bubble in Arlington, Texas. Globe Life Field was the host stadium, which is usually the home of the Texas Rangers.

This unusual 2020 MLB season was the Dodgers third trip to the World Series in the past four years. The Dodger World Series win this year was the teams first league championship since 1988. Corey Seager, the Dodgers shortstop, won the World Series MVP and was the unanimous choice for the award (click here to view Seager’s postseason stats). The star shortstop also won the National League Championship Series, so he is now the eight player of all time to win both LCS and World Series MVP (the last being Madison Bumgarner in 2014 for the San Francisco Giants).

The best of seven series began on Thursday, October 20, in which the LA Dodgers captured game one with a score of eight to three. The very next day, October 21, the Tampa Bay Rays tied up the series when they won game two with a score of six to four. In game three, the Dodgers won with a score of six to two, and took a two to one series lead. The Rays struck back in game four and evened up the series in a thrilling contest when they won eight to seven. Game five was won by the Los Angeles Dodgers, and so was game six by a score of three to one to capture the World Series for them.

Dodgers third baseman, Justin Turner, tested positive for COVID-19 and was removed from game six in the seventh inning. This was Major League Baseball’s first positive test in 59 days. As soon as the game ended, the Dodgers started the celebration without Turner, but COVID didn’t stop him from coming back an hour later to celebrate with the team. He was seen hugging his favorite teammate and star pitcher, Clayton Kershaw, and was sitting in the front row for the team’s picture after the game.

Before the series began, Sportsbook picked the Los Angeles Dodgers as the favorites to win the Worlds Series over the Tampa Bay Rays. The Dodgers were heavily favored to win the championship all season long. As for the Tampa Bay Rays, they were seen as underdogs most of the year as they were ranked as a mid-tier contender to win the World Series. You can click here to read more about why the Dodgers were picked as favorites to win.