The scoop on sneakerheads 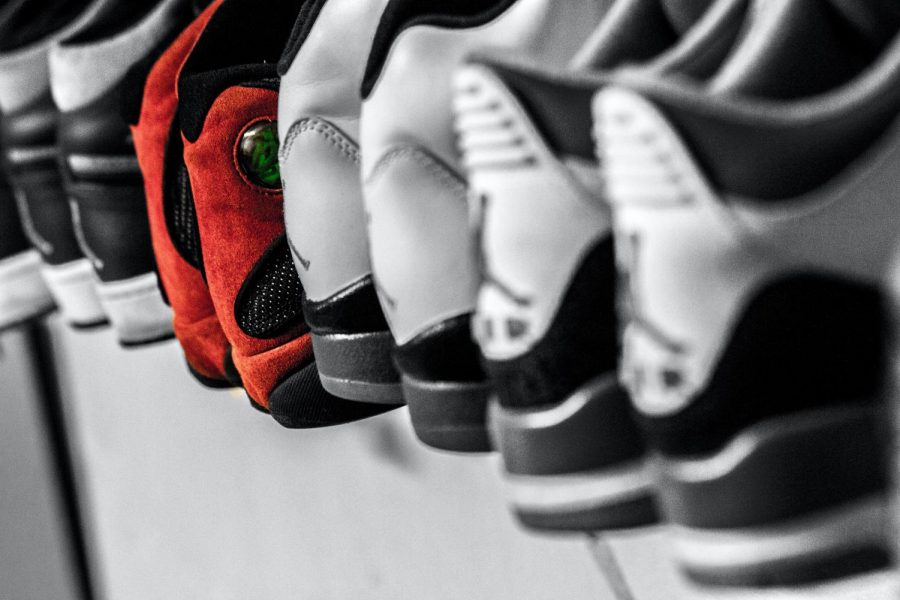 Retro Jordans are all the rage when it comes to being a sneaker collector.

The birth of the sneakerhead era can be traced back to the 1980s and a major contributor can be seen today in highschools. As we go about our days, we can see an increase in more expensive and fashionable shoes, and I believe it’s time to know why our classmates spend nearly their entire paycheck on them!

Within recent years there has once again been another surge of so-called fashion icons coming to fame, and with that, comes new and unique ways to express yourself. Brands such as Jordan, Nike and Off-White have gained the most attention from the new generation of sneakerheads. The brand that once again has become most popular in recent years has been Jordan due to its high number of designer collaborations (collabs). Just a few are Off-White, Union, and Levi, along with famous singers such as Travis Scott and Eminem. All of these brands and artists have profited greatly from high school students’ paychecks.  Nike makes roughly 5 to 10 dollars per shoe sold, but that’s not where the paychecks go.

Although this might seem like a lot, he loves the culture that follows him and was kind enough to state how he feels about being known as the school’s “Sneakerhead.”

He says, “It’s a passion of mine to collect sneakers, for some people it is modifying their cars and for others it’s clothing. I wouldn’t consider myself one of the popular kids in school, but being a sneakerhead with as many shoes as I own—people know me as that guy.”

So to many of you who have read this article it may seem like a waste of money, but to some it’s about the culture and more importantly, it’s about the love to collect and to be called a sneakerhead.