Inside the Hilton Horror Story: How Paris Hilton’s New Documentary Speaks Volumes for the #BreakingCodeSilence Movement 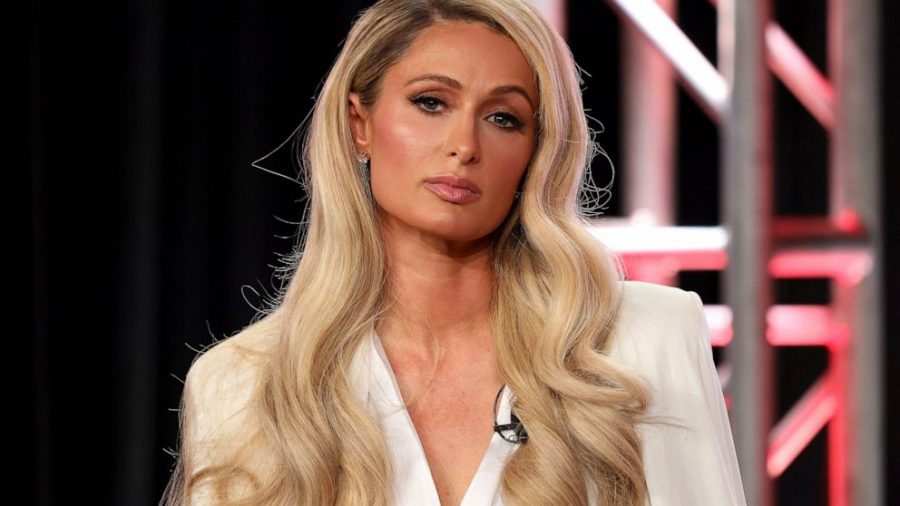 Photo via Willy Sanjuan under the creative commons license

Into Paris: Paris Hilton uses her large media platform to share her experiences at Provo school.

On September 13th, 2020, celebrity Paris Hilton, along with the help of a film crew and rediscovered survivors of Provo Canyon school, created a documentary called “This Is Paris” about her past experiences while subdued in the Troubled Teen Industry, and how to raise awareness for the children still being exposed to it’s cruelty.

Anyone who knows anything about celebrity influencers recognizes the legendary name that is Paris Hilton. If you’re not as familiar with the name, Paris Hilton is ultimately the start of an influencer era and credited for creating the ideal celebrity influencer (or monster, as Paris describes it) that is recognized by society today. She is even credited by Kim Kardashian as her reason that she is where she is today, and by one of the most popular paparazzi company creators of her time by him saying in the documentary that “With all the things that people are doing today with social media, the first person was Paris Hilton.” To expand your knowledge just a little bit more on her status, it is fact that during her prime after her first show aired, one picture of Paris Hilton by paparazzi was worth between 50,000 to 1 million dollars!

Although Paris Hilton has enchanted the world with her rebellious and more often acknowledged ‘stupid bombshell’ self-made character, the recently released documentary opened up not only a new side to Paris Hilton’s true persona, but gave access to her and her colleagues’ experiences in the Troubled Teen Industry (which consists of behavior modification, religious, wilderness, and rehab programs, as well as boot camps and “therapeutic boarding schools”) and how those same organizations exist and effect kids everywhere today too.

It’s no secret that Paris Hilton’s fame sprouted from her family line of wealthy hotel entrepreneurs. It is explained in the documentary that Paris Hilton’s mother and father, Kathy and Richard Hilton, were always very strict on their children and encouraged them to be as polite, prim, and proper as possible, so much so that they had them take etiquette classes in order to uphold their family image. Paris’ ideals on what she wanted her life to be differed greatly from what her parents wanted her life to look like, as she made a fake ID when she was 15 in order to go to nightclub hotspots throughout New York resulting in even her sister stating that “She was just gone in the night.” It was at this stage in her life that Paris claims she really began to feel like ‘Paris’ for real, saying that before she felt that “My mom just wanted me to be a Hilton, I wanted to be Paris.”

This behavior didn’t sit well with the heiress’ parents and ended up provoking them so much to the point where they decided she needed an intervention of immediate importance. Paris’ parents ended up sending her to multiple behavioral institutes or “emotional growth schools” such as Ascent, Cascade and CEDU, all which she ran away from during her time there. Paris’ escapes often caused lots of commotion also, with her sister Nicky claiming that “They shut down highways, they shut down airports.”

The worst of all though, in Paris’ eyes was Provo Canyon School in Utah, which she says left her with “Trust Issues”, “fear”, “insomnia” and “anxiety” due to the school’s cruel ways of punishing the kids it obtained, which for Paris was her experiences there. She experienced abuse, was forced to take pills of which she had no idea as to what they were, and stripped down to nothing and placed in solitary confinement for 20 hours at a time. Paris claimed in the documentary that while entering solitary confinement, she saw and heard “someone in the other room in a straight jacket screaming” and while in the cell herself, she was deprived of food and ultimately “was alone and scared.” As if that wasn’t enough already, the way as to how Paris was transported to the facility was just as terrifying. In the middle of the night, two men came into her room and forcefully dragged her out of her house as her parents observed the entire thing without interfering, mainly because they had already approved the school to do so.

The aftermath of Paris’ experience at Provo left her with serious issues that took a great toll on her life. The documentary ends with her meeting some of the other survivors she attended the school with, and all of them collectively contributing to the Breaking Code Silence movement by posting on social media the institute they attended, what happened to them, and what issues became prominent in their lives because of their time there. Paris then makes a last remark to the group saying, “I don’t want anyone to feel the way we do.”

The sad truth is that today, there are still schools and organizations that exist similar to the one Paris attended, breaking down and abusing the teens that get sent to them.

According to the Breaking Code Silence website, “Each year, thousands of teenagers are held, most without consent, in residential treatment centers” that number being more specifically over 50,000 kids. The website also states that “These primarily for-profit programs present themselves as therapeutic treatment centers, and operate with impunity due to lack of government oversight and regulation. Children can be held for years in facilities that claim to treat mental health and perform behavior modification, but do not follow psychological guidelines for treatment” and that “Many of these programs have been shut down, only to have others take their place. Without government intervention, thousands of children will continue to suffer abuse. Some have even died or taken their own life trying to escape the trauma.” Most of the schools also have a “code silence” rule which keeps the kids from telling anyone about their experiences by placing them in confinement and threatening them.

Places like those exist globally, and within the U.S. there are over 1000 residential treatment centers for youth, and sadly go often without knowledge to the majority of people. One easy way that you can help kids suffering in schools like this everywhere is by signing the bill to make this issue more recognized on a Federal level to prevent private institutions from profiting off of their abuse.