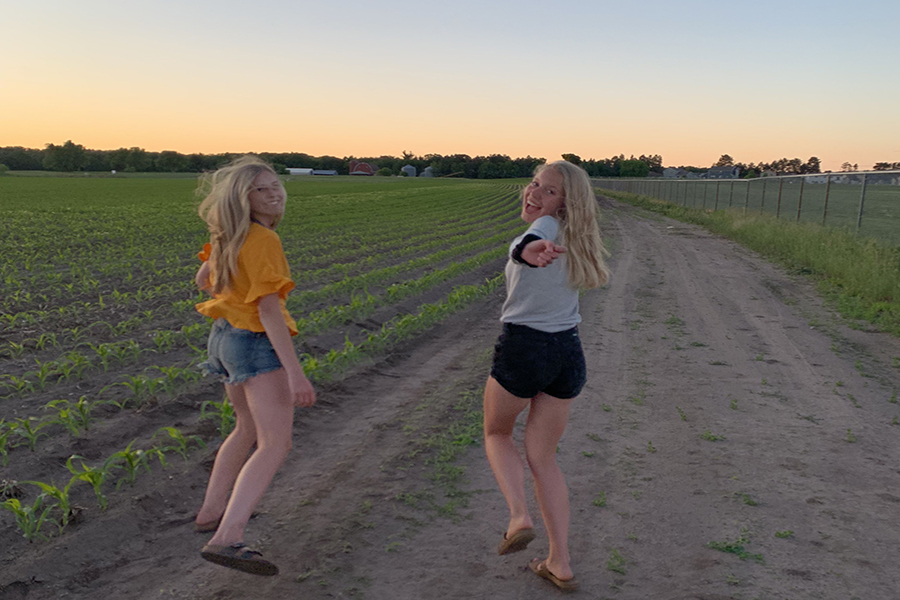 The movie inspires viewers to explore the world around them.

Based on the novel by Jerry Spinelli, Stargirl is a movie about a free-spirited girl who changes the life of a new friend, Leo. They develop a romantic relationship as they discover more about themselves and each other.

Stargirl is funny, sweet, and suspenseful. It is a feel good movie, streamed on DisneyPlus, that will get you attached to the characters in a short hour and a half.  Best of all, it includes many life lessons, which makes me believe it is fantastic for high schoolers to watch. These are the main lessons I got out of the movie:

Individuality – Stargirl does not conform to the standards most high schoolers do. She is herself and does not care about being “weird.” She dresses the way she likes, not the way other kids do. Stargirl also does not let herself get soaked up in technology, like most kids today. To listen to music, she uses a record player; she has no interest in cell phones. I think when Stargirl tries to be “more normal” like Leo tells her to try, it shows how special she really is. It is obvious that when she is her unique self, that is the best version of herself. I think that goes for everyone in real life too, and it is an important lesson that teenagers need to see.

Kindness – Stargirl brings a little boy’s bike back to his house after he is injured. She does not knock on his front door, or do anything to show that it was her. She does it out of the kindness of her heart, because she thinks the boy will love having the bike ready for him to ride when he is healed. She also holds a football player’s hand when he gets injured at a big game. She risks being called a traitor by her school by even going in the ambulance with him so he is not alone. She does all this when the rest of the fans just freeze. The fact that doing nice things for others makes her feel good shows how good Stargirl’s character is.

Young love – The innocence of Stargirl and Leo’s relationship in the movie is priceless. Stargirl does not have many friends, but Leo is there for her. He supports her even when she joins the school music group that is “a joke” to the rest of the school. The way Leo seems a little nervous when he meets Stargirl’s mom portrays high school relationships perfectly. Even though Stargirl and Leo are young, they fall hard for each other. They fall in love with each other’s personalities first, something the media is constantly portraying as rare these days. The relationship does not work out, but Leo shares that his memories of her continue to affect him when she is gone. This is like many high school relationships, because even when they do not work out, the individuals usually learn from them. Stargirl and Leo also prove that having one person who is really there for you is better than having a bunch of friends.

Don’t overthink – Stargirl is reckless in the best way possible. When she kisses Leo, it proves that she goes after what she wants, when she wants it. Not many high school girls would run up to the boy they like and make the first move, but she is bold enough to do exactly that. She lives simply, and says yes more often than she says no. Research shows that dwelling over past mistakes and problems increases mental health issues. Once your mental health starts to decline, it is easy to fall into a cycle of unhappiness. Stargirl avoids negative thoughts all together, and she is not hard on herself when she makes a mistake.

Exploration-  Stargirl shows Leo what it is like to try new things, such as meditation. She shows him how amazing it is to get outside and adventure, rather than pretending they are too cool for that like typical high schoolers. Stargirl has a sense of wonder in her that opens Leo’s eyes. He is inspired to explore not just the outdoors, but also the everyday mysteries he never used to think about. The movie brings mental exploration to light and encourages viewers to pay more attention to the world around them.

Growth- Stargirl gives a speech about how real things take time. In the speech, she refers to people as flowers. She says that it takes time to reach your full potential. Her speech indicates that you don’t have to know exactly who you are as you are growing up. Growing up can be hard sometimes, but Stargirl makes it sound beautiful.

Being brave – Leo is the “typical high schooler” in the beginning of the movie. He cares about what people think of him, and he wants to fit in. Stargirl taught Leo to have courage. When he sees how much fun Stargirl has with life because of her bravery, Leo is freed of the pressure he once felt to fit in with his class. Leo even got up on stage at his school dance and sang in front of his whole school. The movie would be so boring if Stargirl and Leo tried to conform to the rest of the kids their age.