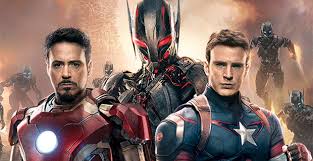 Age of Ultron is the second Avengers movie

The second Avengers movie, Age of Ultron, follows the plot of the superhero gang as they create a living machine to protect Earth. However, their plan backfires and this robot, named Ultron, decides to wipe out all of humanity because humans are dangers to themselves.

While I was watching this movie, it was extremely well done in a lot of aspects. It was one of the first Avenger movies that features the team disagreeing on something. It proves not only that heroes can make mistakes, but also that they have to put their differences aside to fix them.

But as the movie progresses, they begin to grow and change and realize that the person they teamed up with, Ultron, was actually trying to destroy the Earth, not protect it. Their character development is very well done because they both struggle with changing sides. They harbor hatred towards Tony but at the same time want to save the world. In the end, they team up with the Avengers and later join the team altogether.