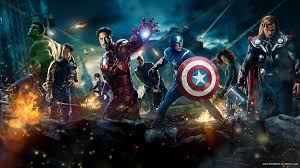 The Avengers
Skip to toolbar