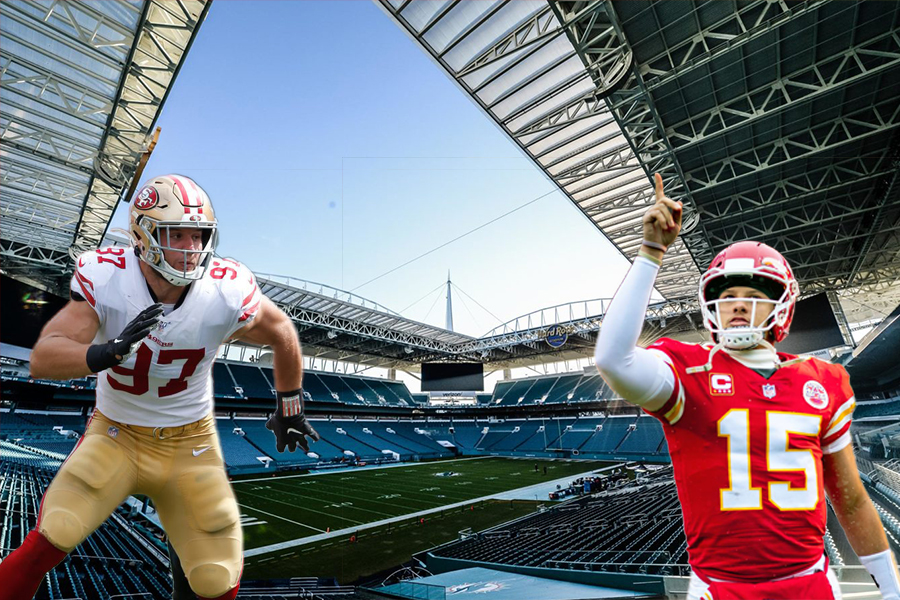 Stars Patrick Mahomes and Nick Bosa will lead their teams into Hard Rock Stadium in Miami, Florida to determine the winner of Super Bowl LIV. (photoshopped image by Dylan Krenz-Bertrand)

Stars Patrick Mahomes and Nick Bosa will lead their teams into Hard Rock Stadium in Miami, Florida to determine the winner of Super Bowl LIV.

The San Francisco 49ers and Kansas City Chiefs will represent the NFC and AFC respectively in Super Bowl LIV, the conclusion to the NFL’s 100th season in Miami, Florida on February 2nd.

The 49ers, who will enter the game with both the second-ranked rushing attack and defense in the NFL will be met with former NFL MVP Patrick Mahomes and the explosive Chiefs’ offense. In a classic battle of an unstoppable force against an immovable object, Super Bowl LIV is sure to be a fascinating end to the NFL’s 100th season.

The San Francisco 49ers enter the game as an underdog despite owning the best record in their conference and commanding victories over the Minnesota Vikings and Green Bay Packers to reach the Super Bowl. In the lead up to the 2018-19 season, the 49ers were lauded as championship contenders with the acquisition of quarterback Jimmy Garoppolo, who was undefeated in his seven starts to that point. However, after tearing his ACL in the third game of the year, Garoppolo was forced to sit out the year and the team finished 4-12, good for the second pick in the draft.

With the selection, defensive lineman Nick Bosa joined the roster and made an immediate impact, being in the conversation for not only Defensive Rookie of the Year, but also for Defensive Player of the Year for his performance this season. Free agent pickups Dee Ford and Tevin Coleman helped to establish a dominant defense and running game, while rookie receiver Deebo Samuel and the revival of Emmanuel Sanders through a trade have created a balanced air attack for Garoppolo to rely on.

Of all the weapons at San Francisco’s disposal, however, TE George Kittle stands head and shoulders above the rest. With rare athleticism at the position coupled with excellent route running ability, hands, and blocking make Kittle arguably the best TE in the league.

Kittle because both are good receivers but Kittle is better at blocking. ”

— Junior, Callahan Mechelke on who is the better tight end

Head Coach Kyle Shanahan is known for three things up to this point: he is the son of the great Gary Kubiak who was instrumental in the evolution of the game of football from an offensive perspective, he is just as good of an offensive mind as his father was, and that his offense blew a 28-3 lead in Super Bowl LI as the Offensive Coordinator of the Atlanta Falcons. Shanahan has built a contender for years to come as the Head Coach of the 49ers, but his greatest obstacle is still ahead of him in erasing the smudge on his record and rectifying a moment that will forever be etched in NFL history.

San Francisco finished with a 13-3 record, good for the 1st seed in the playoffs, beating playoff teams like the Seattle Seahawks, Green Bay Packers, and New Orleans Saints throughout the year that gives their record more meaning than just the number tells. Their playoff games also give credence to the 49ers ability to win against any team in the league. The Divisional Round matchup against the Vikings showed the defense’s ability to shut down an offense completely, with Pro Bowl RB Dalvin Cook being held to a minuscule 18 yards on nine carries. The Vikings managed to get a first down only seven times and had a total of 147 yards against the dominant defense and had the ball nearly half as much as the 49ers did, resulting in a 27-10 victory for the 49ers.

Against Green Bay, San Francisco found a way to win without their quarterback, with Garoppolo only completing six of eight pass attempts. Their running game was the only game the 49ers played against the Packers, with emerging star Raheem Mostert scoring four touchdowns on the ground and accounting for 220 of the 285 rushing yards the team gained. The 49ers were up 27-0 at halftime and finished with a 37-20 victory over the Packers. Few teams have been able to stand up to the 49ers destructive defense and ravaging running game, yet they enter Miami as the team most are betting against.

The Kansas City Chiefs come into the game as a team that has caught fire in the second half of the season, winning their last eight games en route to Miami. After superstar quarterback Patrick Mahomes suffered a knee injury, sidelining him for two weeks and losing his first game back thanks to a last second field goal, the Chiefs have been simply unstoppable.

Last season concluded in heartbreaking fashion to the eventual champions, the New England Patriots.  It ended after an offsides penalty by now 49er Dee Ford which reversed a Tom Brady interception to seal the game for Kansas City that led to an overtime drive by the Patriots that sent them to the Super Bowl without Mahomes and the Chiefs able to touch the ball. Despite Mahomes posting only 26 touchdowns opposed to his insane 50 from a year ago, the 2019 Chiefs team seems more complete this time around.

Steve Spagnuolo, the new Defensive Coordinator, has taken a unit who couldn’t stop a runny nose last year into one of the more respectable defenses in the league, especially in the second half of the season. With stars Chris Jones, Tyrann Matthieu, and Frank Clark anchoring the defense, they provide big plays in big moments that allow the identity of the Chiefs to shine which is in their offense.

Head Coach Andy Reid has coached in a Super Bowl before, yet a title has eluded him to this point in his career. Reid has often been mocked in the past for his clock management in big moments and his teams falling just short, but one thing no one has questioned him on is his offensive capabilities. This is strikingly obvious when looking no further than the offense he has created in Kansas City, bringing them to their first Super Bowl in 50 years, ending the third longest Super Bowl drought in the NFL.

All-World QB Patrick Mahomes is unquestionably the best player in the NFL in only his second full year as a starter. He is an NFL MVP, 1st Team All-Pro (2018-19), two time Pro-Bowler, and had made an appearance on the cover of Madden to his name.  He is now looking to add a Super Bowl to the already impressive list of career accolades. Mahomes has lit the sports world on fire with his rocket arm, ability to create touchdowns out of seemingly dead plays, running ability, and no-look passes giving ample evidence to the argument that Mahomes may be the most talented quarterback to ever play the sport. Yet with all of Mahomes’ talent, one player can only get you so far, and lucky for Kansas City, the rest of the offense has an embarrassment of riches for Mahomes and Reid to take advantage of.

While not looked at as an elite running back, Damien Williams has provided consistency at the position that most teams crave. With the ability to catch passes out of the backfield and make plays with the ball, he is an important cog to the Kansas City attack, yet most of the time he is simply not used due to the riches the rest of the offense has. Wide Receivers Tyreek Hill, Sammy Watkins, and Mecole Hardman can burn almost anybody in the league with their speed and are no slouches when it comes to running routes and explosive playmaking.

The other star on offense is the other TE in the league most would consider to be the best at the position, Travis Kelce. Kelce is essentially a wide receiver in a bigger body, with exceptional hands, route running, and the ability to score whenever he touches the ball. There are simply too many weapons on the Kansas City offense to be able to stop them for four quarters, especially when one quarter is all they need to put up enough points to win.

In their two playoff victories, the Chiefs were in a big hole to start the game, scored a bunch of points, and never looked back. Against the Houston Texans, Kansas City was down 24-0 with 9:55 to go in the first half, yet at halftime, they were leading the Texans 28-24, and finished with a score of 51-31. With their next opponent, the Tennessee Titans, the story was very similar as with Kansas City.  They were down 17-7 with 4:03 in the first half, yet finished the game with a final score of 35-24. This ability to snatch victory from the jaws of defeat is why many believe the Chiefs will win the big game this Sunday.

Not a chance. Only way they do is if they can shut down Kelce and Hill and get a decent pass rush.”

— Junior, Kalen Lewis when asked if the 49ers could hold the Chiefs under 30 points

This year’s Super Bowl looks to be a classic with offenses that can score at will pitted against defenses that can come up clutch in key moments and at times can shut down games. The matchup between the two best Tight Ends in football will be one to pay attention to as they will provide a reliable, explosive target for both teams.

Another key matchup will be Patrick Mahomes versus the 49ers defense. The 49ers have been able to get pressure on almost every QB they’ve faced thus far without sending extra men to rush, which proves essential to creating turnovers. This is very helpful for the San Fransisco secondary, which outside of generational talent, Richard Sherman at CB is the weak link of the team. They will match up against an offensive line that gives Mahomes and his arsenal time to create plays out of thin air, which I think might be too much for the 49ers to handle.

Even going up against some of the best defenses in the league this year, Mahomes threw only five interceptions, and he plays smart with the football while still being able to sling it downfield to make the big play. The Chiefs defeated a Titans team that was very similar to the 49ers where they had a QB capable of making plays when it matters, yet relied on a dominant running game and solid defense to win them games. Kansas City held the Titans to 85 total rushing yards and scored 35 points on offense. While San Francisco has a much better defense than Tennessee, I do not believe there is a team in this league that can hold the Chiefs down for four quarters.

My pick is for the Kansas City Chiefs to take home the Lombardi Trophy with a final score of 35-28. 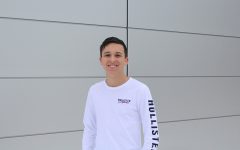 Dylan Krenz-Bertrand is a junior at Sartell High School. He is involved in Student Council and is currently the Minnesota Central Division Parliamentarian.... 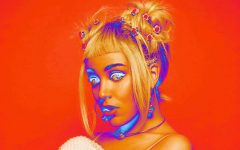 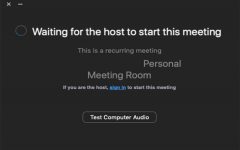 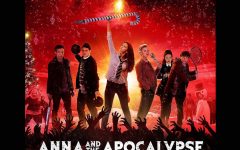 Anna and the Apocalypse Review 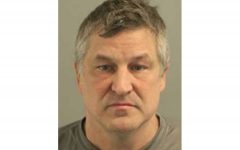 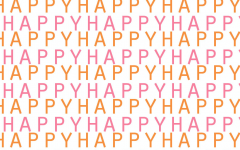 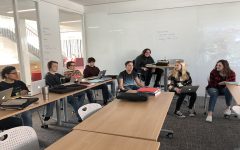 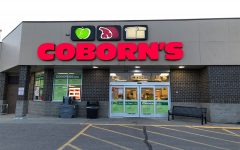 2020 Tokyo Olympics may be on hold

How is technology in classrooms effecting students?