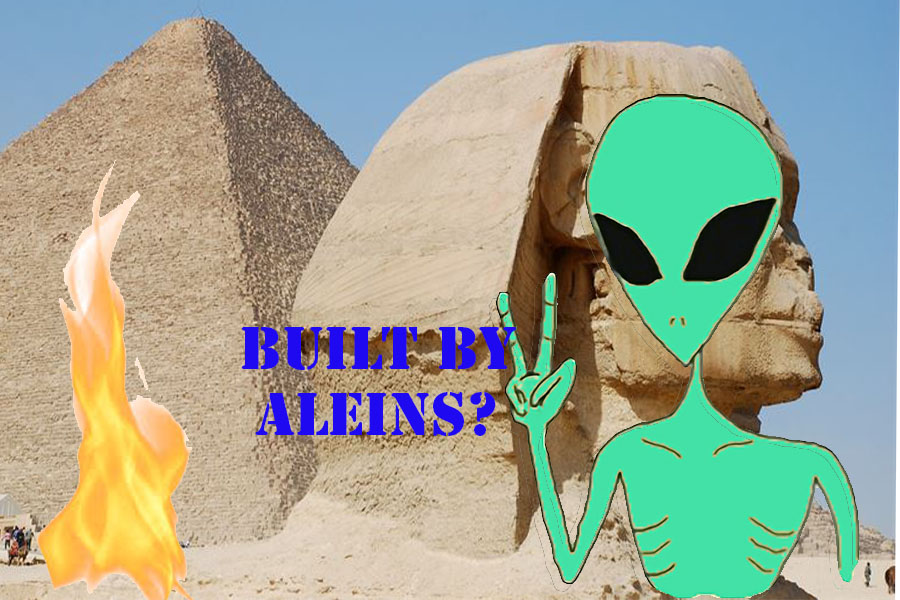 Did ancient humans build the Giza pyramids or was it really aliens??

Over 4,500 years ago the Great Pyramids of Giza were built. There is no record of construction, and the way the pyramids were built used methods that were centuries before their time.

Archeologists have spent years trying to decode the mystery of the pyramids which leads to the conspiracy theory behind the Giza pyramids.

The most popular theory is that the pyramids were built by an extraterrestrial presence. The pyramids were built with 2,300,000 stone blocks all weighing more than 50 tonnes. At a time were machinery did not exist, it was not humanly possible that people carried a stone that heavy up 481 feet.

The structure of the pyramids is so technical that architects today could not structure it.  That theory leads to the possibility that an outer force built these pyramids. For more possibilities read here.