Is Trump really going to be Impeached? 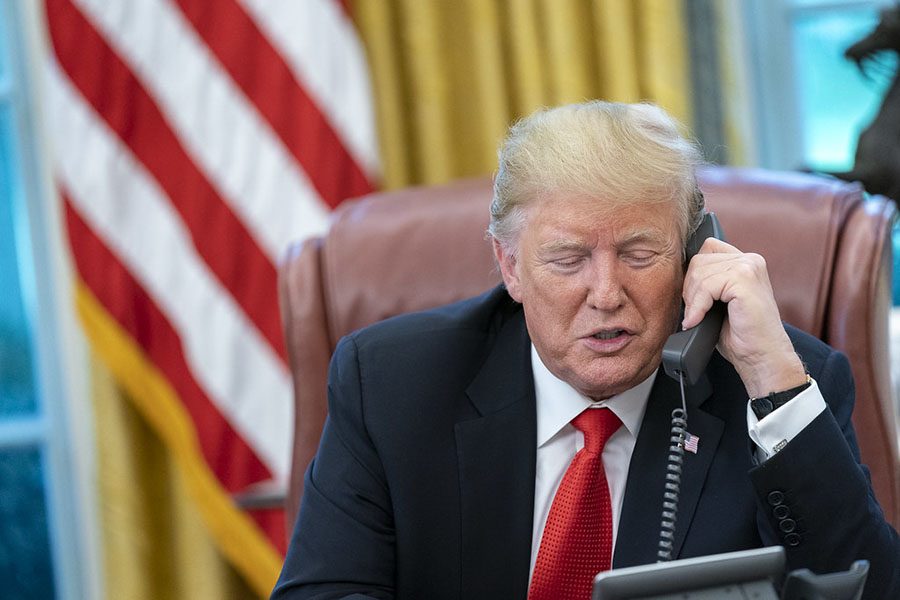 Photo via Shealah Craighead under the creative commons license

President Trump is facing an impeachment hearing in the House of Representatives.

On Thursday, October 31, the House of Representatives voted, for only the third time in presidential history, to formalize the impeachment process against the President of the United States.

There have only been two presidents in US history, Andrew Johnson and Bill Clinton, that have been formally impeached, though they were not removed from office because the Senate at the time acquitted them.  Richard Nixon was threatened with impeachment, but he resigned from office before any impeachment hearings began.

According to The Guardian, with a vote of 232-196, the majority in favor of impeachment, the Democrats began on a path that may lead to the downfall of Donald Trump. Republicans voted uniformly against the process, along with two Democrats that had also crossed the party lines to join them. The vote ended with Nancy Pelosi, an American Democratic Party politician serving as speaker of the House, banging her gavel and symbolizing the end of the first phase.

Not a lot of people know what impeachment really is. Impeachment refers to a vote by the US House of Representatives to charge a high-ranking government official, in this case Trump, with misconduct and begin the process of removing him or her from office. If the majority votes in favor, which in Trump’s case they have, then the articles of impeachment will be presented to and voted upon by the House judiciary committee. They are in charge of deciding if he is officially impeached or not.

If Trump ends up being impeached it doesn’t mean he will be removed from office just yet; he has to be put on trial in the Senate first. If 2/3 majority of the senators vote to convict, 67 votes total, then it is goodbye President Trump. The only problem Democrats are facing right now is that 53 out of 100 senators are Republicans.

A president can be impeached for treason, bribery, or the rather vague ‘high crimes and misdemeanors.’ High crimes and misdemeanors aren’t really defined in the constitution, but in short, it means that someone has been up to no good. Long before everyone found out about the Ukraine phone call asking to investigate Joe Biden, Trump was already under investigation for:

These things could have led to his impeachment much sooner. As early as May 2017, Democratic congressmen Al Green was putting the notion of impeachment in people’s minds. Al Green had remained the lone lawmaker calling for Trump’s impeachment from the House floor for more than two years.  He first called for impeachment four months into Trump’s presidency after he had fired James Comey. Even though many want Trump gone, not everyone agrees that impeachment is the answer.

With most of the Democratic party against Trump, according to the New York Times, public polls have suggested that support for Trump being impeached and removed appears weaker, and there has been no sign that his narrow base of supporters has been troubled by the accusations. When asked, the voters said that if they could, they would vote for him again.