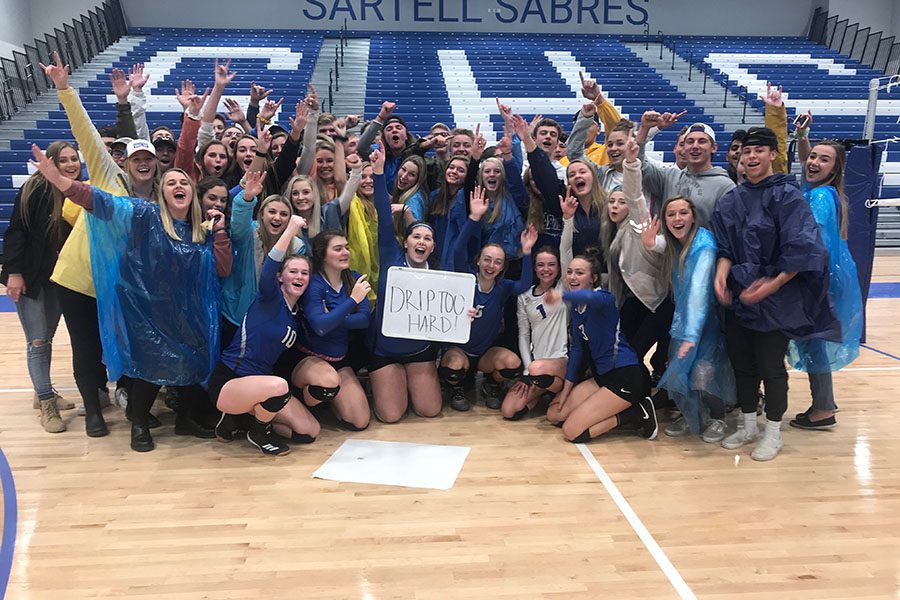 The Sabre volleyball team really has had an almost perfect season this year. With an overall record of 24-1, they are sitting atop the section and have a bye in the first round of the playoffs. This past weekend the team had a home tournament where they defeated Waseca in two sets by a score of 25-22, 25-17.  The team finished with four wins and no losses.

Junior Elizabeth Dille made a big announcement this weekend. She made her commitment to play Division I volleyball at The University of Wisconsin-Green Bay.

When asked why she chose that school she says, “It feels like home; I went to a camp there and visited and I really liked the coaches and players.”

Elizabeth agreed to comment on the game saying “The playoff win felt great.  We knew it was anyone’s game going in and that we had to play hard.”

The Sabres will take on the Alexandria Cardinals in the section 8AAA semi-finals on Tuesday night at Sartell High School for a chance at the section final.