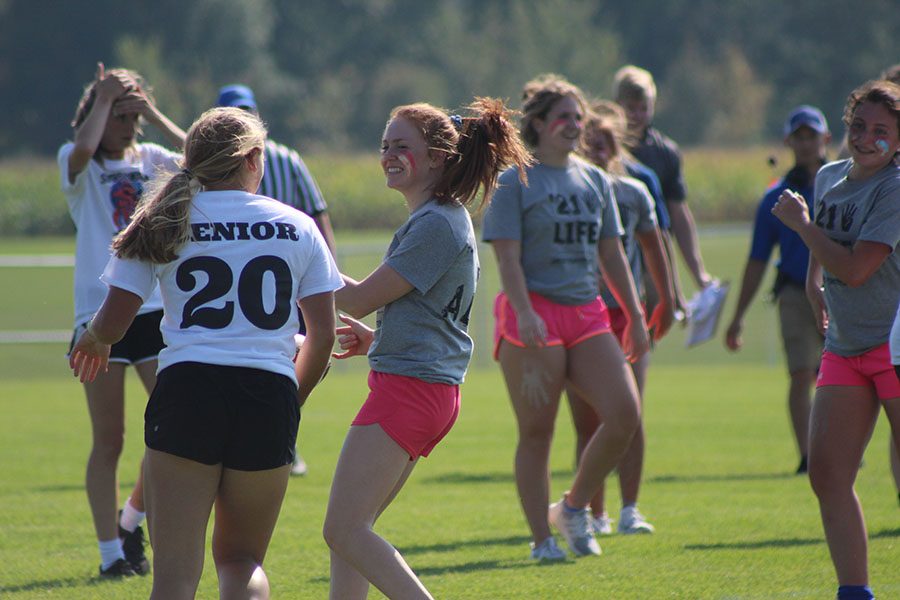 On Tuesday the 17th, girls in the Junior and Senior class participated in the Powderpuff Football game at the school Carnival.

Both teams had their own shirts, which were made by someone on the team, and they had their own coaches which consisted of people in their grade.

The game was played during the carnival. The beginning consisted of stretching and warming up, and after that they played until the very end. The plays were short, and they either ended with someone dropping the ball, or someone scoring a point. if you didn’t show up to practice you weren’t allowed to play.

The juniors won this year, which was a surprise to most. Usually the seniors win because the game is rigged to end that way. Though this year was different, you actually had to work hard to score points, and the game was played fair.