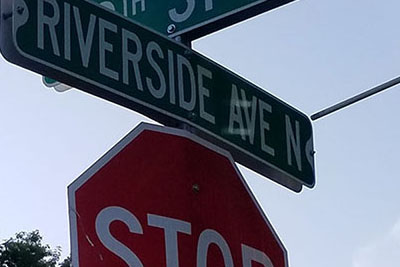 Intersection that will lead to where everything happened.

On September 19 a Sartell teenager was arrested after stealing a vehicle and running away from the police.

According to the Sartell Police Facebook page, at 4:52 Thursday morning a Sartell police officer noticed a stolen vehicle driving down Riverside Avenue without its headlights on. When the police attempted to stop the vehicle, the driver sped away. They then headed north until turning onto County Road 17, which leads straight to Holdingford.

While trying to escape, the teenager tried to take a shortcut through a field east of Holdingford and ended up getting stuck and fleeing the scene on foot. The police then got a call from a resident shortly after about a teen that was standing in their driveway looking for a ride.

The teen who was taken into custody as a juvenile runaway, and is now being charged for fleeing the police in a motor vehicle, receiving stolen property, driving after revocation, and giving a false name to police. He has been transported to a secure juvenile facility and is being held for court on the offenses previously listed.