Sabre volleyball off to hot start 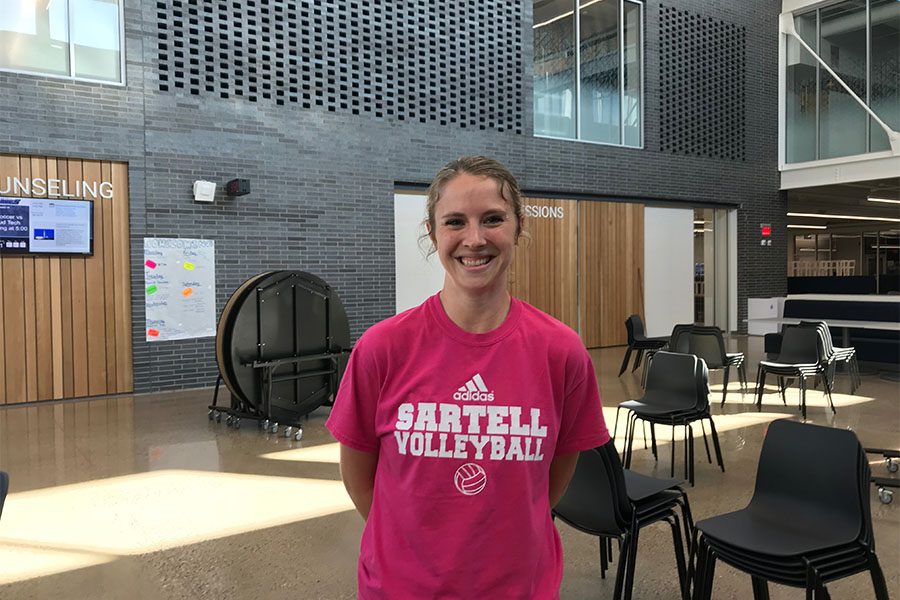 Head Volleyball Coach Sarah Hornseth is proud of her team and what they've accomplished so far this season.

The Sartell Volleyball team is off to a hot start this season, and Coach Sarah Hornseth agreed to talk about it. She is ecstatic about the new gym.  She loves the air conditioning, the scoreboard, and she likes the fact that the gym is more spread out and offers more court space for practice.

There have been many great moments for the Sabres this year but Hornseth’s favorite moments include the tournament they won last weekend and the first home win against Brainerd. She says, “The student section was great, our girls played really well, so that was really fun.”

When asked about the key to success this season Coach Hornseth praised her players saying, “They come in and work hard, they know that even though they have had success so far this year, they still have things that they can get better at.”

A typical practice day for the girls’ volleyball team starts with a quick warm-up followed by serve/receive work, which is a big part of their practice. They also like to work on game-like situations to wrap up the day. Coach Hornseth says her best quality as a coach is “getting people to work together.” She couldn’t do it alone; she gives credit to the rest of the team by saying that by “surrounding myself with other good coaches and good student athletes makes all of us look like we know what’s going on.”

Coach also touches on the qualities her team possesses that have made the season so successful thus far. Physically the talent is there. The team has players who can play multiple positions, terminate the ball, and players who can keep the ball alive on defense. She states, “We are pretty well rounded, so physically that makes us hard to beat.”

She really appreciates the student section, which is hands down the best in the CLC. She loves how it brings a ton of energy to the team, which in turn makes the team play better.