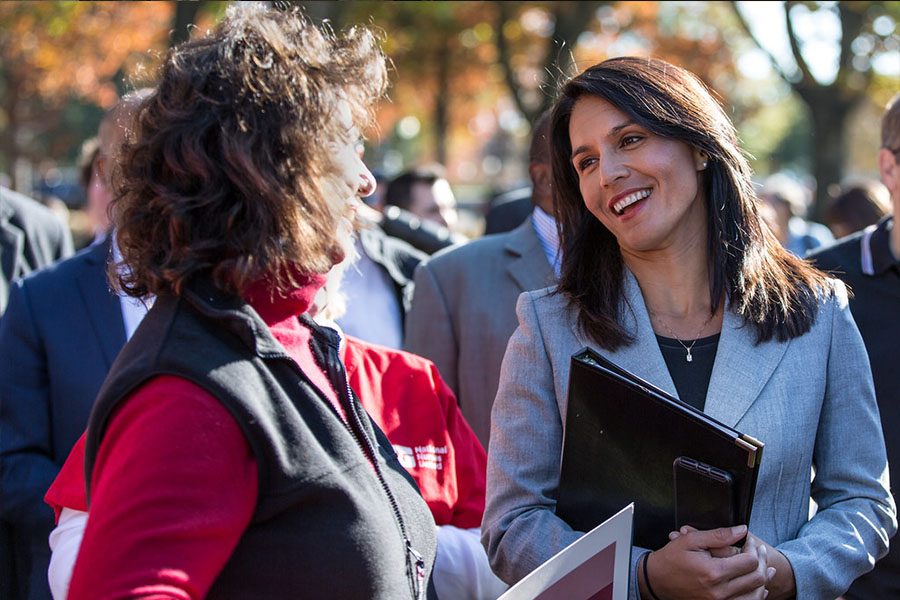 Tulsi Gabbard smiling and enjoying herself as she continues to be there for her supporters.

Gabbard is a representative from Hawaii who has a history of bi-partisanship. She supported Bernie Sanders in the 2016 primaries, and has drawn condemnation for meeting with Syria’s president.

Her national polling average is 2%, and her national news coverage ranking is #4.

Her run has been bogged down by controversies, such as her history of being very anti-LGBTQ and her foreign policy past. Though she has apologized for her history of anti-gay statements and her past work for an anti-gay advocacy group.