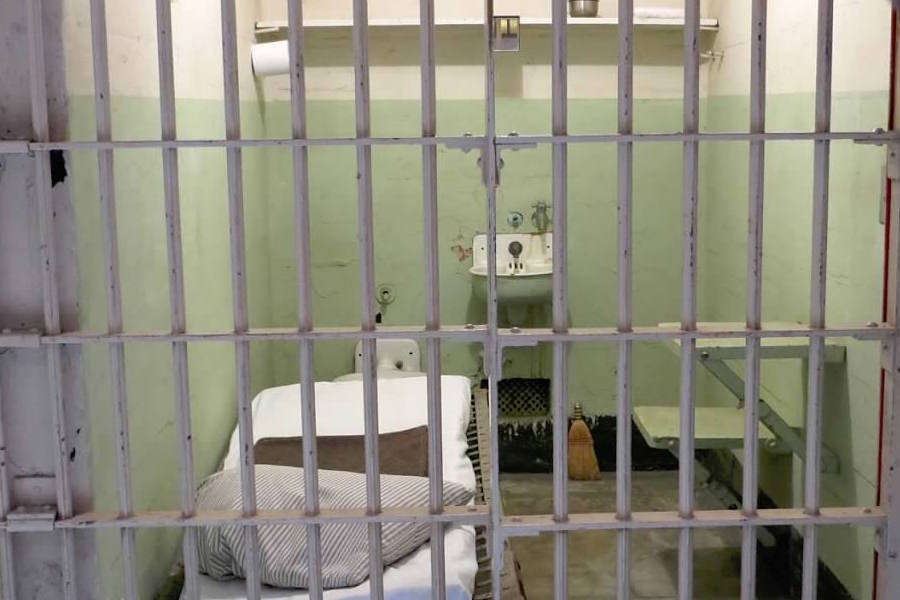 Many sentenced felons aren’t given much of a fair start once they are released from prison because of the fees and fines they have incurred while in jail which just compounds the problem. (Brinn Akervik)

Many sentenced felons aren’t given much of a fair start once they are released from prison because of the fees and fines they have incurred while in jail which just compounds the problem.

Voting is a foundational right for Americans, right?

Then how are more then 6 million American citizens unable to participate at the polls?

Felony disenfranchisement can be simply defined as the exclusion of people who have been stripped of voting rights due to past convictions of criminal offenses.

Stripping members of a community of their basic civil right to vote has been scrutinized in arguments against restoration, saying felons have poor judgement and couldn’t be reliable in giving a proper vote.

But it isn’t fair, is it? That people in society are discriminated against for something that happened a long, long time ago?

Florida is the best example of a disenfranchised population in America, where they imprison over 1.5 million people, equivalent to only one out of ten people being able to use their voice to vote.

The concept of felony disenfranchisement regulations arose around the time of the post-civil war south, an era saturated with racism. Southern states with higher African American populations felt the wrath of disenfranchisement as it was a way to keep them from voting for things that could benefit them, and simultaneously, keep white landowners in complete control.

While this has been happening for decades, the school-to-prison pipeline run parallels through disenfranchisement and here’s how:

The school-to-prison pipeline is the link between students who are dispelled from their school and those who wind up behind bars at least once in their life. It is a pretty well-known fact that high school dropouts, among any demographic, usually have a higher probability of being incarcerated.

States like Mississippi and Alabama have been known for stopping, detaining, searching, and arresting schoolchildren for incredibly minor classroom behaviors, and this phenomenon is occurring at an alarming rate. These policies favor incarceration more than a child’s education by using harsh tactics.

Marilyn Elias (2013) stated the pipeline targets mainly racial minority groups, for example, making African American students 3.5 times more likely to be expelled from the school system. On top of this, black students only make up about 15% of a school’s population, but the record shows they comprise 31% of the suspended population from a study done by the United States Department of Education in 2015 and 2016.

This has also proven true that students who have been temporarily or permanently withdrawn from a school system tend to drop out of high school at a much higher rate than students who have never been displaced.

Most states, including Minnesota, require convicts to finish out their sentence and probation/parole and pay back their bills upon release before their voting rights can be restored.

But the thing is, most people enter prison poor and have no way of relieving themselves from the back-breaking fines that need to be paid in order to be unwelcomely invited back into society.

The loss of a consistent income, trial fees, and incarceration costs all add up fast. Staying in contact with a family member also comes at a high price at $1.65 for 15 minutes as declared by the Federal Communications Commission.

Mass incarceration has an extraordinary impact on young African American children who grow up with a parent or relative who has spent a period of time in jail. Through family separation and broken families, these children aren’t given much hope in the sense that they may end up the same way as their parents.

While prisons are able to sue prisoners for not paying their fines, this criminalizes poverty to an extreme and creates a gross cycle of being in debt from incarceration and never getting restoration of your civil rights from not being able to pay back those debts.