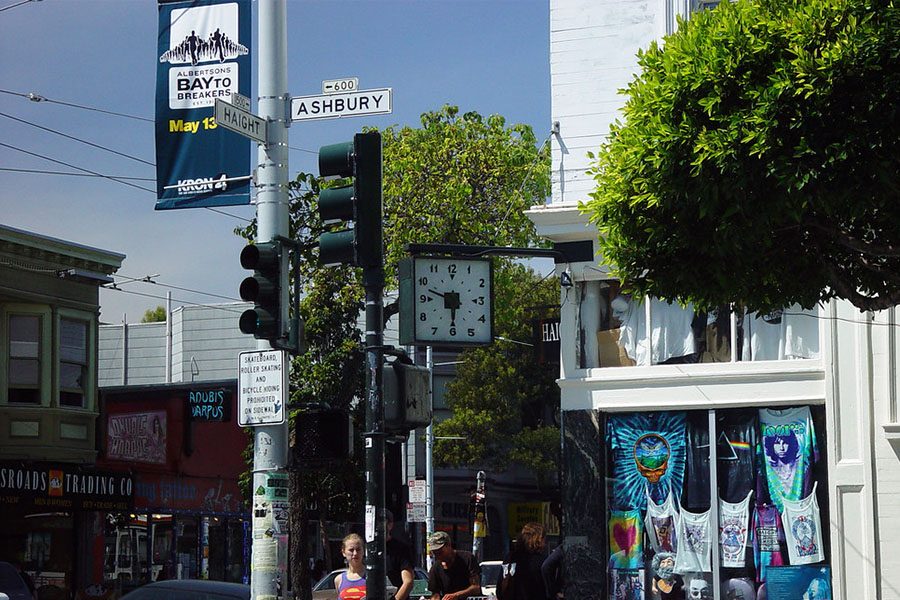 Haight-Ashbury is well known for its propelling of hippie culture in to the masses.

Haight-Ashbury is a district of San Francisco that is most well known for being the origin of the hippie counter culture in America. The culture touted drug use and new forms of music to create a social experiment that swept the world. Music festivals from the area helped propel local musicians into national popularity like Grateful Dead and the Holding Company. A cafe turned comedy center in Haight also gave a home and some help to some of comedy’s most well-known names, like Robin Williams and Whoopi Goldberg.

These days you can still see the remnants of the counter culture that swept through the neighborhood holding strong. Amoeba Music, founded there in 1990, is one of the largest US independent music stores.It keeps nearly 100,000 cds instore, even making it through the cd slump of the early 2000’s with its sales and trades on vinyls.

About the Writer
Emma Rasmussen, Journalist