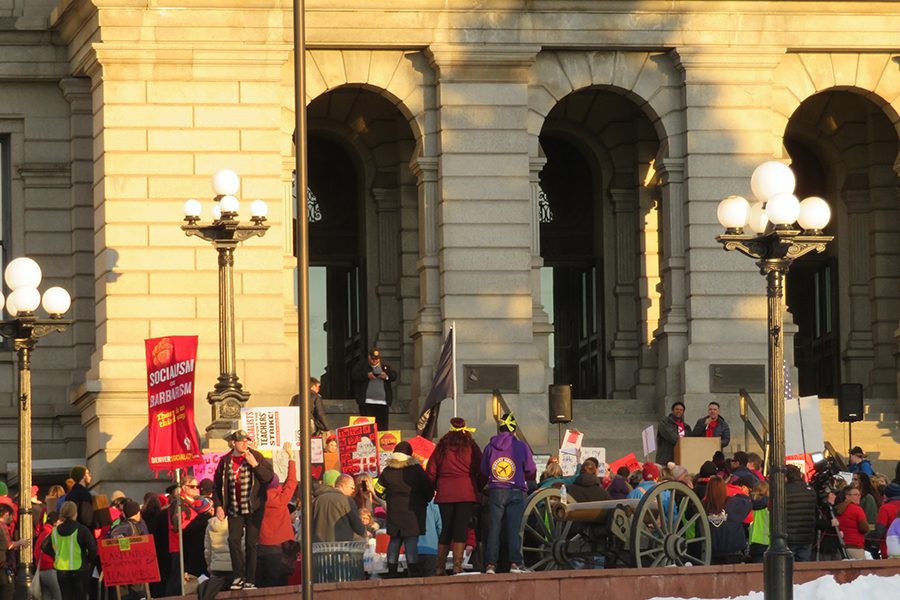 Photo via wikimedia commons under the creative commons license

The Oakland teacher’s strike has entered its sixth day as teachers, counselors, and nurses continue to man picket lines as talks continue between their union and the Oakland Unified School District.

The union is bargaining for a 12 percent raise over the next three years, smaller class sizes, and more support staff throughout the school. The union has given no indication it will shift their demands.

The district has claimed a budget crisis has kept them from offering the teachers more after they had a budget shortage of nearly $56 million dollars in the years 2020-2021.

Nearby district’s teachers have offered their support as they called for a planned sickout Thursday. Teachers from Berkeley, San Francisco, and San Lorenzo are all uniting with Oakland.  Every day that teachers strike from school, the district loses approximately $1 million dollars in attendance funds. According to Oakland Unified, only 6% of students have on average attended class during the strike.