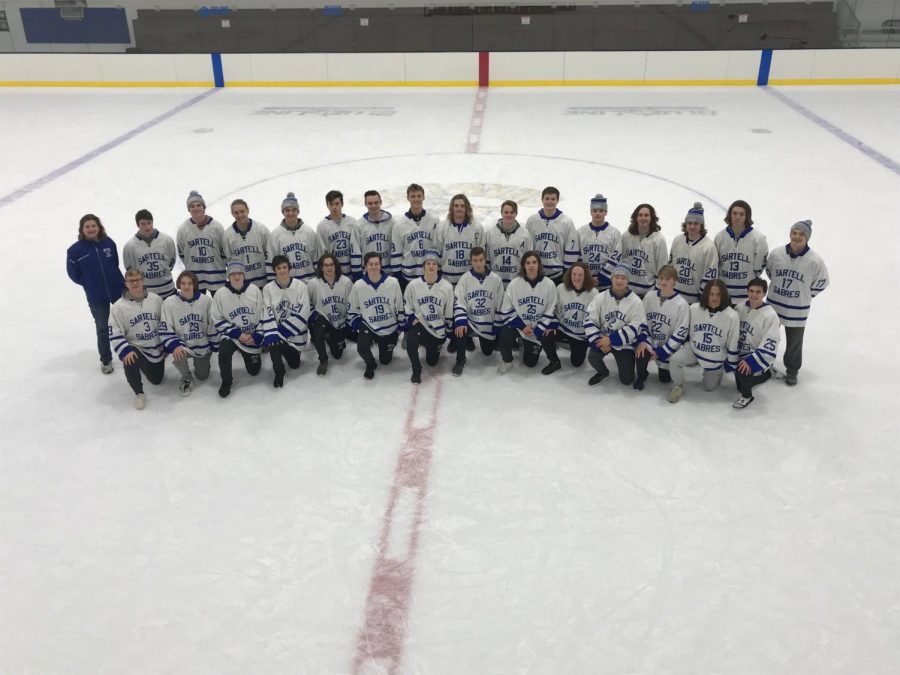 The Sartell boys’ hockey team defeated Prairie Center in their first round of playoffs on Tuesday, February 19th at Bernick’s Arena.

The Sabres started off strong and scored in the first 46 seconds the game.  Senior and captain Austin Adelman scored for the Sabres. Four minutes after Adelman’s goal, junior forward Ryan Zulkowsky buried one for the Sabres, making it a 2-0 game. Shortly after Zulkowsky’s goal senior forward and captain Jack Hennemann scores the third goal for the Sabres and was assisted by sophomore Connor Hacker and junior Will Schiffler. On the power play, Prairie Center scored the last goal of the first period, making it a 3-1 game after one. 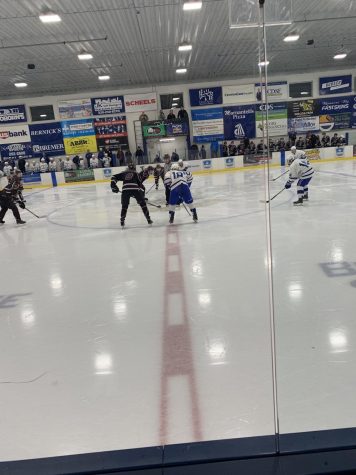 Brooke Walters Sabres line up for the start of the second period.

In the third period, Jack Henneman got his third and fourth goals of the night leading the Sabres to an 8-2 win in the first round of playoffs. 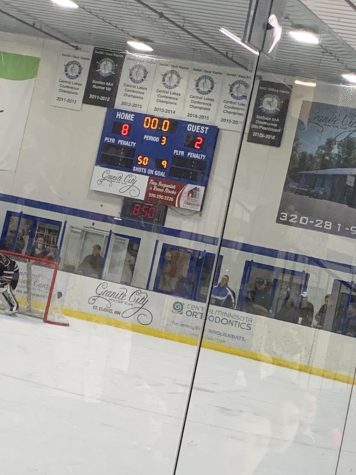 Brooke Walters Scoreboard at the end of the game.

The Sabres next game is at the Municipal Athletic Complex on Saturday, February 23rd against Alexandria at 7:00, make sure to be there cheering on the Sabre boys in their second round of playoffs. 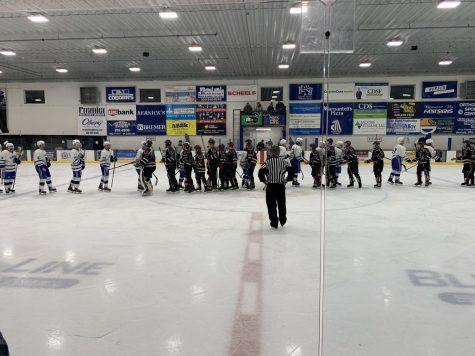 Brooke Walters Sartell Boys shaking hands with Prairie Centre at the end of the game.