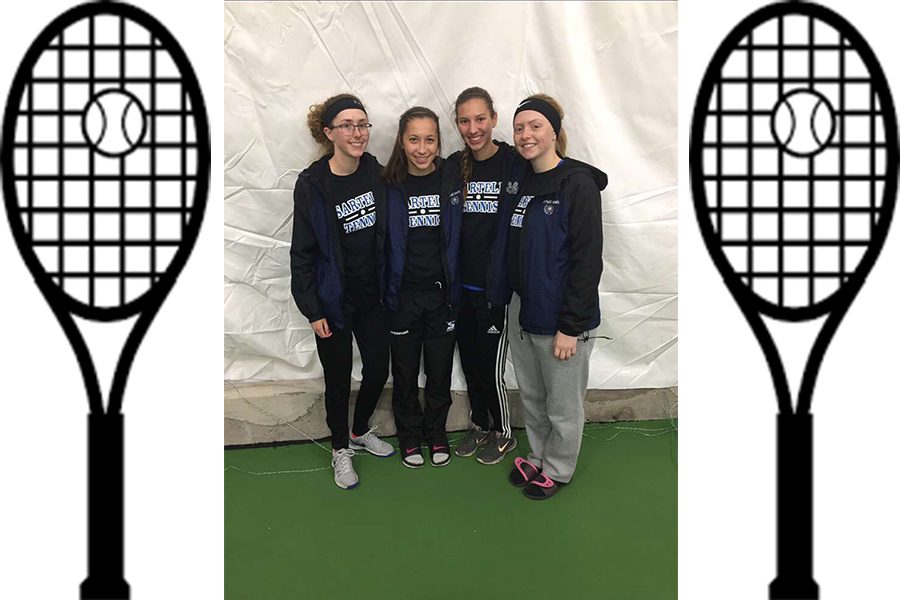 Tarah Rosendahl is a Sartell High School Senior and a three year member of the girls’ tennis team at Sartell.

Tarah says she primarily played doubles during her time on the team and had several different partners.

Tarah generally enojoyed that atmosphere of tennis in comparison to other school sponsored sports saying, “Practices were always fun, lots of jokes and stuff… I didn’t take it very seriously … but the best part was getting to know everybody.”

Tarah says that while she doesn’t plan to continue her tennis career into college, but the camaraderie is something she will never forget saying, “There’s a wide variety of people from different grades or sports or friend groups that you’d never thought you’d get along with, but we all connected and bonded.”

Tarah  says that one of the best parts about tennis was her ability to have a balanced life while still in sports saying, “It was easy to balance with school because we all did homework together at meets and practices.”

Now as a senior, and with Tarah’s last season behind her, she says the number one thing she will miss is “definitely the people.”