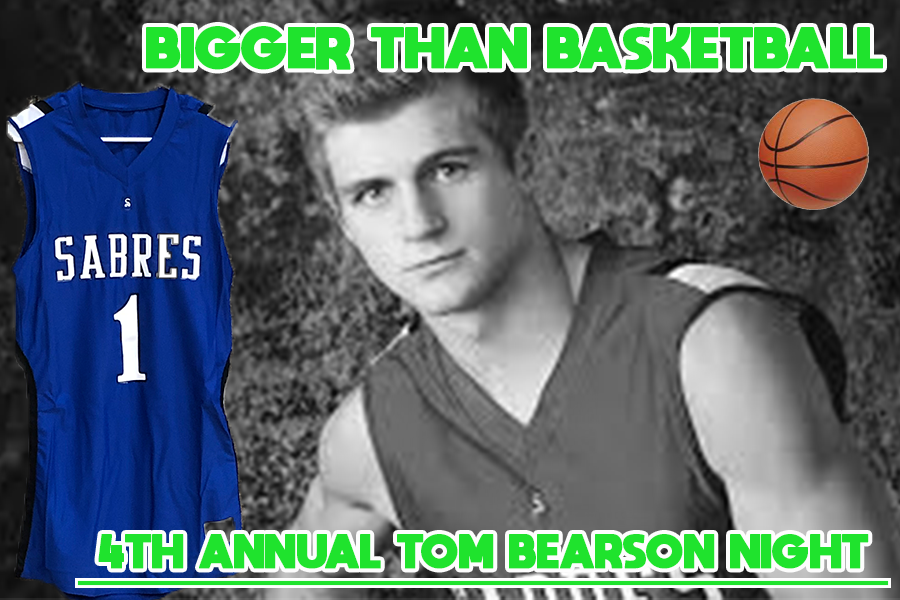 Bigger than basketball; a motto used for this special night of remembrance.

On September 20th, 2014 Tommy Bearson went missing from Fargo, North Dakota, where he was attending college. His parents tried calling many times, to no avail. They called his friends asking if they had seen Tom and no one knew a thing. Greg and Debbie Bearson decided to take the two and a half hour drive up to Fargo to further investigate the issue.

Tom Bearson was fresh out of high school and was about a month into nursing school at North Dakota State University. He had just graduated in 2013 from Sartell and was getting acclimated to college like most freshman. On September 20th, Tom went missing with no leads and to this day nothing more has developed about a culprit. A search initiated the next morning as local law enforcement searched for clues about what happened and where Tom was.

Three days later the police would inform Greg and Debbie that they had found Tom although it was an outcome nobody wanted. Tom was found dead in an RV park a couple miles from campus. The death of Tom was tough for everyone, no one knew what happened.

On Friday, December 21st Sartell hosted the 4th annual Tom Bearson night featuring Sartell girls’ basketball squaring off against Detroit Lakes and the boys’ basketball team facing the Willmar Cardinals.  One of the biggest events of the year for Sartell basketball is this night because of the significance that it has to Sartell and to the community.  The night features the Alexandria Aces as a halftime show and a 3 point shooting contest that will provide proceeds to the Tom Bearson Foundation.

The girls’ varsity team kicked off Tommy B Night with a game against the Detroit Lakes Lakers without Senior and captain Emily Driste. Detroit Lakes got out to an early lead and left the Sabres behind with a strong performance from Center Brianna Price that included 8 points. The 1st half ended with the Lakers leading 25-15.

Halftime featured a dollar basketball shot with the proceeds benefitting the Tom Bearson foundation. Participants would be given Christmas cookies as an added treat. After the shooting ended, Sartell retook the court before the start of the second half looking to find a way to capitalize and turn the tide of the game.

The 2nd half was very similar to the 1st with Detroit Lakes dominating the court once again and controlling the ball for the majority of the half. Sartell was never able to get a good grasp on the Lakers and instead got left behind and trailed the entire game. The Lakers went on to win 44-32 backed by a 13 point performance from Center Brianna Price. Senior Aubri Akervik led the Sabres for scoring with 11 points.

The boys’ varsity team was looking to extend its four game winning streak against the Willmar Cardinals. After six minutes of play, Willmar was leading 12-8 and would continue to hold a lead throughout most of the first half. The Sabres clawed back at the end of the half and managed to tie up the game going into the half.

Halftime was capped off with a performance in their final year by the Alexandria Aces. It was another stellar show that left fans roaring as the action unfolded. Here are some of the highlights of their show.

Willmar once again got out to another early lead and halfway through the 2nd half the Cardinals were leading 47-43. The score remained close for the rest of the half and with only two minutes left the Sabres were only down by 1. With the score tied at 60 and 6.9 seconds left the Cardinals made their last shot of the night to give them the lead with .8 seconds left.

The Cardinals won the game 62-60 and handed the Sabres their first loss of the season.

If you wish to learn more about the Tom Bearson foundation you can find out more here.