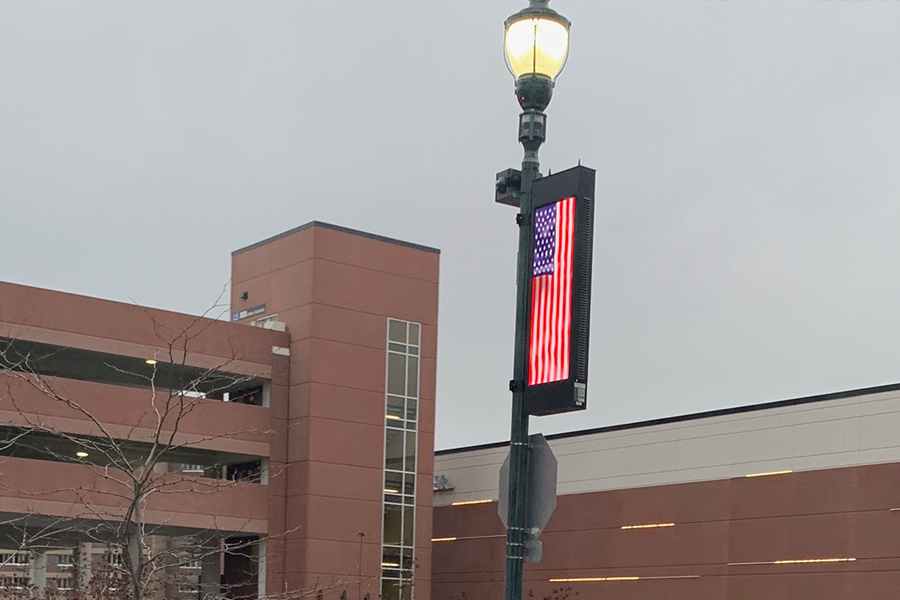 One of the newly installed LED signs near the Rivers Edge Convention Center. Part of the 2018 revamp of downtown St. Cloud. (Eddie Hamilton)

One of the newly installed LED signs near the Rivers Edge Convention Center. Part of the 2018 revamp of downtown St. Cloud.

The city of St. Cloud debuted a new LED lighting system and audio system during the Veterans Day parade through downtown.

The city plans to change the displays as the seasons change as well as for specific holidays. They now have the ability to play themed music throughout the streets.

This was all made possible by a $7 million street light improvement project that began in 2016 and is still underway. With the new LED technology throughout the city, the city is expected to save about $6 million over the next ten years.  They will pay themselves off in 12 years.

They installed the system to try to have downtown St. Cloud have a better ambiance and to feel more connected to the arts community.

The new system also includes surveillance and can also be used as a way to broadcast public messages such as AMBER alerts and other alerts.