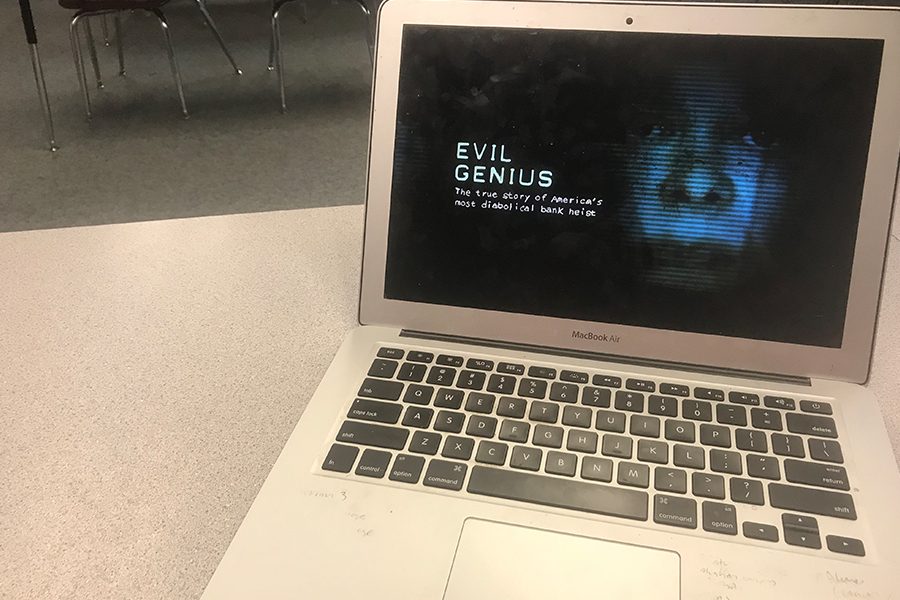 On August 28, 2003, Brian Wells was working as a pizza deliveryman in Erie, Pennsylvania. His boss handed him the phone when he could not understand a customer asking for a delivery. Wells drove out to a remote area near an abandoned television station on Peach Street. By late afternoon, Brian Wells was robbing a bank with a bomb strapped around his neck.

Evil Genius, a Netflix documentary, follows the infamous Pizza Bomber case from small-town Pennsylvania and the unusual suspects and circumstances that make this case unique, not only to the viewer but to United States history. Its mix of expert commentary and original footage, buttressed with an artistic flair, makes Evil Genius an honorable contender amongst the other Netflix original true crime documentaries.

The first episode of the four-part series focuses primarily on Brian Wells, the day of the heist, and his subsequent death. The first ten minutes successfully captivate your attention with a showing of borderline gruesome original footage. The first episode tells the facts of the case. Brian Wells robbed a bank with a bomb around his neck and a homemade cane gun at his hand. Police caught him and the bomb went off, but they open the series with the story of Majorie Diehl-Armstrong.

Majorie Diehl-Armstrong captures the attention of most of the series, but I didn’t find her as captivating as I was led to believe she was. She was a criminal mastermind with many misinformed mental diagnoses, but I never felt her to be the “evil genius” they played her to be. Her character, and the relationship she had with the narrator, was also shown in a dull enough way that I couldn’t ever focus when they spoke about her.

The insanity and peculiar nature of the story itself carries the entire crime documentary and keeps you watching. Peppered with explosive confessions, Evil Genius keeps your interest piqued long enough to make it through the ultra-boring facets of a very unusual crime.