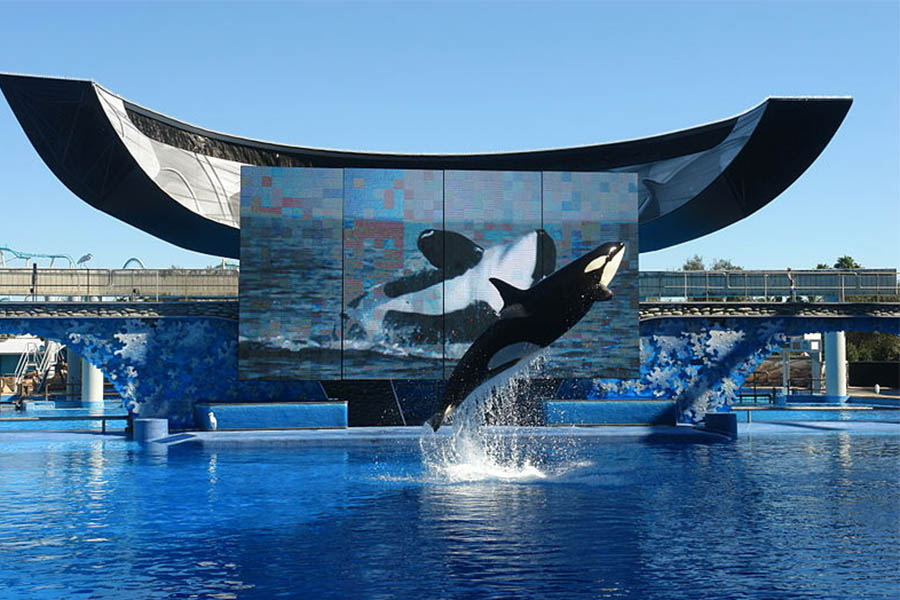 (photo via Wikimedia under the creative common license)

photo via Wikimedia under the creative common license

Sea World has three amusement parks in the United States (San Antonio, San Diego, and Orlando) and many of the orcas are suffering within small habitats at entertainment and amusement parks.

Sea World parks feature killer whale, sea lion, and dolphin shows along with zoological displays featuring various other marine animals. Many people are not aware of the inhumane living conditions in which orcas endure. Whale captivity at places like Sea World does not allow orcas to live freely in their natural habitat resulting in damage to both the physical and mental health of these animals.

Many whales were captured back in the 1960s to be used as entertainment at Sea World. Since then, not many whale captures have taken place. However, the whale captivity is still very prevalent. Although whales in the ocean are not being captured, whales are being bred in different facilities. The whale breeding is extremely inhumane. Orcas are overbred, crossbred, and inbred. Whales face dangers when breeding because it is detrimental to the orca’s health. In fact, orcas in the wild typically have a lifelong partner that they reproduce with and stay with. When in captivity they do not have the opportunity to do this, they are forced to breed with a whale, not of their choosing. A website called http://killer-whale.com says there are still approximately 40 Orca whales still in captivity today in the United States.

In captivity, Orcas suffer from a variety of different health problems due to the quality of life they are living. In the wild, Orcas typically travel up to 100 miles per day and dive approximately 1,000 feet deep. However, the average orca whale in captivity has a tank only 50 feet deep and would need to travel 1,500 lengths of the tank back and forth each day to get their needed amount of exercise to stay healthy.

Whale and Dolphin Conservation, an organization used to promote the general welfare of whales and dolphins mentions: “The mental, emotional and physical stress that captive whales suffer can weaken their immune systems and make them prone to disease. Even though captive whales are kept in an environment free of predators, pollution, and other threats, they die young. The death rate for infant whales is much higher in captivity.” Whales do not have the ability to live their full lives because of their living conditions.

Many people are also unaware of how social Orca whales are, http://killer-whale.com states: “The Orcas are highly intelligent and social animals and have the ability to learn quickly. Thanks to this capability to imitate others, they perform coordinated acrobatics in water parks and people flock to watch them in action.” Whales are extremely intelligent mammals. They like to be social and communicate with other whales regularly. Often times, whales even travel in the ocean with pods of up to 100 whales. However, when whales are in captivity, they cannot communicate as they normally would in the wild. A concrete whale tank is in no way similar to a whale’s home in the ocean, and this can lead to severe depression in whales due to isolation. There have been cases in which whales reportedly were banging their head on the side of their tank to try and kill themselves.

Although many people do not hear of orca whale attacks, many of them have happened. According to www.orcahome.de, a website disclosing many orca attacks, there have been 154 documented attacks in captivity. There have been no documented orca whale attacks in nature. It is likely that these 154 attacks were due to the unnatural and inhumane living conditions faced by orcas in captivity. Since the whale captured in 1960, there have been two cases in the United States in which a whale took the life of a trainer. Not only are we putting orca’s lives at risk but also the lives of all the trainers who work with them.

Consequences are faced when animals that are used to traveling over 1,000 miles every day are forced to entertain people. The captivity of orca whales is inhumane. Orca whale captivity does not allow orcas to live freely in their natural habitat resulting in damage to both the physical and mental health of these animals. 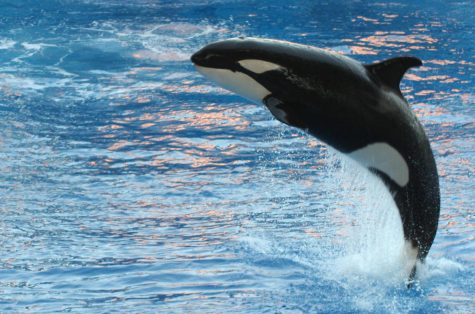