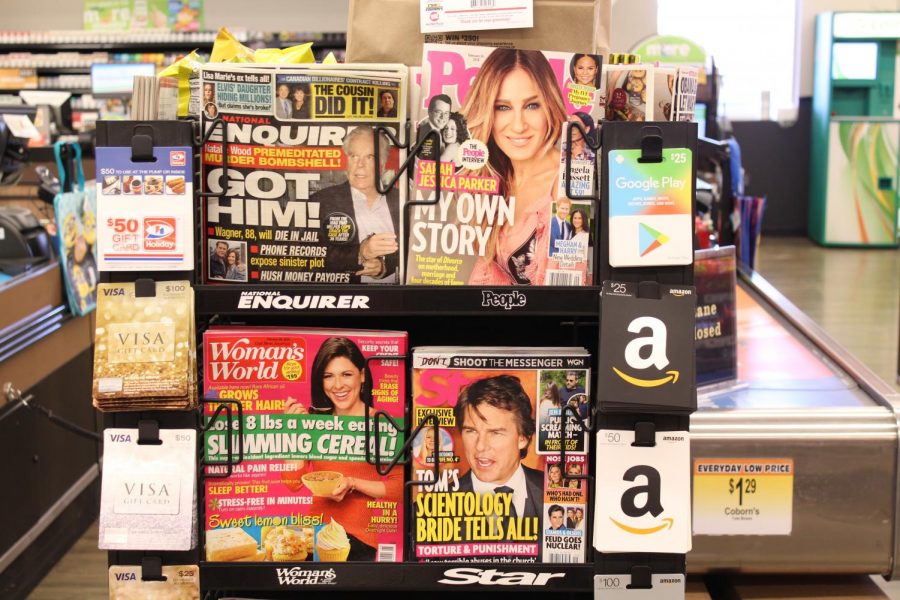 An interesting project has made its way into Ms. Huston’s classroom. Students in Ms. Huston’s Media Literacy class have been assigned a project this quarter that requires them to fabricate a fictitious article and make it look like a modern-day tabloid column in hopes to better educate students on fake media.

The students may work alone or with a partner, and the article has to be around 200 to 350 words long, resembling the very short tabloid articles that excel in entertaining people with short attention spans.

Ms. Huston crafted this project in hopes that the Media Literacy students would be able to obtain a better view on fake news, and to see the different ways fake news manifests itself in students’ daily lives. She additionally wanted students to “…have fun with the project, taking the fake ideas to the next level.”

This project is relevant to the times, as there has been a recent surge of fake news circulating throughout the United States. When asked about the recent surge of fake news, Ms. Huston responded, “Fake news has been around a lot longer than we think…even before the advent of the internet (even Ben Franklin wrote fake news).  I think that fake news today is a perfect storm of laziness, believing what we want to believe, and people taking advantage of that.  I think that all sides need to take steps…we need to be better, more critical readers; sites that post it need to do their part in blocking, not paying for the content, and requiring more blatant disclaimers if content is allowed, and writers need to be more honest, including being clear when they are writing fake news with the intent to entertain.”

Pictured below are Sartell High School student examples of the aforementioned project.