Climate change: what you need to know and how to help

Temperatures are rising, arctic ice and land ice is decreasing, and sea level is increasing but some people still aren’t entirely sure climate change is occurring. After compiling much data, it is clear that climate change is happening and people can help.

Climate change, also known as global warming, is the rise in average temperatures on the surface of the earth mainly due to the burning and use of fossil fuels. This affects a range of ecosystems by the gas trapped in the atmosphere. Certain gasses block heat from leaving the earth which then causes the heat to be trapped inside the atmosphere which increases temperatures. This warming is known as the greenhouse effect which trends from global warming. 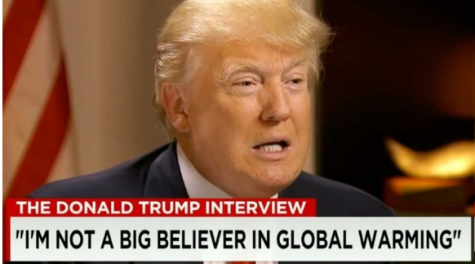 There are many biases and opinions in the science community on the fact if climate change is occurring. The U.S. Environmental Protection Agency, the National Oceanic and Atmospheric Administration, and the National Aeronautics and Space Administration and others are all in agreement that climate change is happening. The advance of technology and satellites orbiting the earth have also revealed information that shows signs of a changing climate. It is also no secret that the shrinking ice sheets covering the poles of the earth are a result of increasing temperatures, which is harming the habitat of land animals in those areas. Other events impacted by climate change are also affected animals, ecosystems, and humans around the globe. 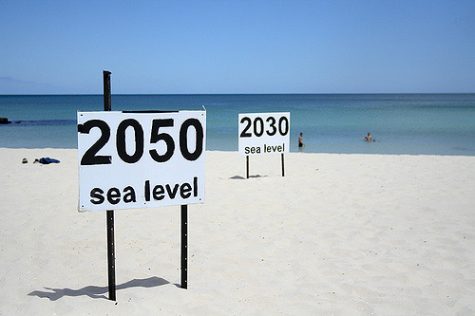 Over ninety-five percent of scientists who deal with climate change agree that the trends for climate-warming is most likely due to human influences. Like stated before, the greenhouse effect and the heat trapped inside the earth is a huge cause of climate change. Gasses that are a part of the greenhouse effect include water vapor, carbon dioxide, methane, nitrous oxide, and chlorofluorocarbons. These gasses are released due to humans, burning, deforestation, livestock agriculture, landfills, industries and many other ways. Humans activities and the burning of fossil fuels over the past century have increased the amount of carbon dioxide and greenhouse gasseses. Increased concentrations of greenhouse gasses comes from deforestation and clearing land for agriculture and other human recreation. The documentary, Cowspiracy on Netflix uncovers the issues that livestock have on the earth and climate change. One statistic from the movie reveals that animal agriculture is responsible for 18% of greenhouse gas emissions, more than the combined exhaust from all transportation.

Livestock emissions can be related to almost every gas that are a part of the greenhouse gas effect mentioned in the above paragraph. Livestock is responsible for 65% of human-related emissions of nitrous oxide, 32,000 million tons of carbon dioxide per year, and 150 billion pounds of methane per day. Besides the greenhouse gas emissions from livestock, animal agriculture also negatively effects land, water, rainforests, waste, ocean, and humanity issues around the globe. Cowspiracy provides a multitude of facts on their website that highlights the destruction that livestock has on the only livable planet in the solar system.

Ways you can help.

Like any issue, everyone can have an impact, even if it’s small, to fix an issue. While it’s not realistic to take every car off the road or halt the consuming of livestock in the next few decades to see positive changes, you can help the planet in other ways. Becoming educated on the issues of climate change and spreading awareness is an easy way to inform people around you. Becoming involved in the community by talking to influential people on fighting global warming will create healthier lifestyles as well as voting for politicians who support the effort. In your home, you can switch to energy efficient lightbulbs and appliances, unplug and shut off lights, eat wisely and grow your own food, use a bike, recycle and be cautious on the amount of waste you produce. While it may seem overwhelming, starting with one task at a time will make it easier to help the environment even if you can’t see the change.