SHS has many sets of siblings with unique relationships that help to shape their families and make their high school experience interesting. 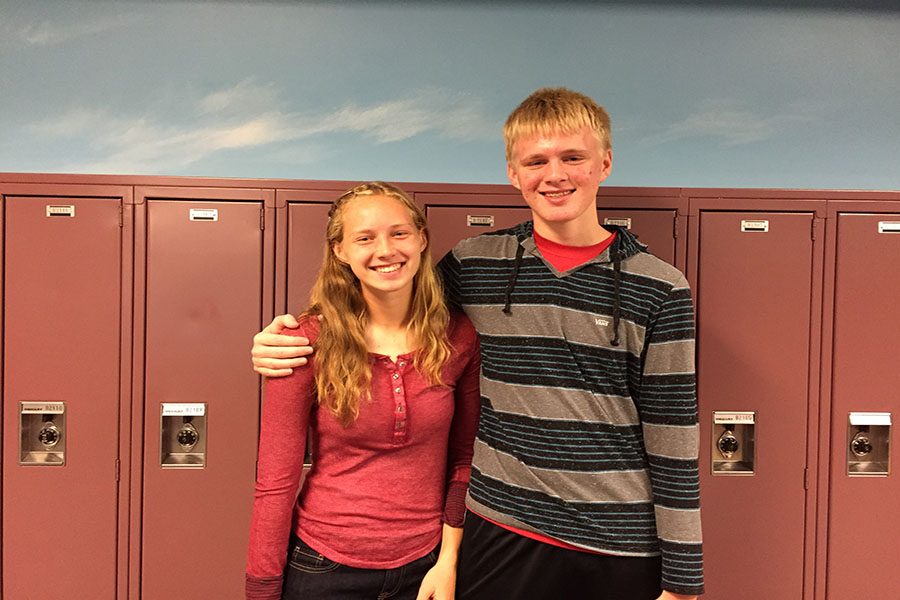 You hate them. You love them. You are forced to be around them. They live under the same roof as you and eat the same food as you. I think you know who I am talking about. Siblings.

Our siblings are the ones we’ve known since we can remember. They are both our best friends and our worst enemies. Competing for attention from parents and the front seat is not uncommon. Everyone with a sibling (or two or three) more than likely knows how to scratch, kick, bite, name call, be passive aggressive, and throw shade like no other.

For the first installation of Siblings of Sartell, I spoke with Jenna (grade 12) and Joshua Engelkes (grade 10) about how they feel about being one another’s sibling.

M: Do you and your brother/sister generally get along?

Jenna: I’d say we do, sometimes we have little spats about random things, and it gets out of control.

(Who doesn’t get mad at their siblings for random things though?)

M: What are some things you like to do together?

Josh: Listen to Hamilton (the Musical)

Jenna: We drive to school together, and we listen to music, such as Hamilton. And sometimes we make fun of our other siblings. It’s like the ultimate bonding. Oh, and sometimes I sing along to his piano, but just the notes, not words, notes only.

M: What do you usually fight about with your sibling?

Josh: Usually just her trying to find [out] who I like.

Jenna: It’s usually like Josh makes a comment, and I’m like, ‘Oh my gosh, how can you say that’?? I also think habits that we each have will sometimes annoy the other and then we get into a fight about it.

(Josh, I get how that can be annoying. We only do it because we care.)

M: If you could change one thing about your sibling what would it be?

Jenna: He should be more confident and outgoing among people.

M: How do you solve conflicts between each other?

Josh: We don’t talk to each other until we forget about it.

Jenna: Give each other space.

(For me, passive aggression is the way to go, but that’s just me.)

M: Would you ever turn your sibling in to the cops if they did something illegal, and if they got put in prison would you break them out?

Josh: I would lie to the cops (to keep Jenna safe). (If Jenna was in prison) It depends on what she did.

Jenna: Well first, imagine Josh doing something illegal, but I don’t think I would (turn him in); I don’t think I’d know where he is. I probably would try to cover for him. (If Josh was in prison) I’d try (to break him out) but I’d probably fail and get thrown in to prison myself.

M: What is your favorite quality that your sibling possesses?

Josh: (long pause) This is not really something I’ve contemplated before. Uh… She is understanding.

Jenna: (long pause) I’d say he’s very blunt. He’s very honest. He’ll tell you how it is and he won’t sugar coat it, but sometimes when you need it he’ll be encouraging.